The Indian Ambassador to the United Nations stated that as the world's largest democracy, India is conscious of the need to prioritize the building of governance structure to strengthen democracy and the rule of law. 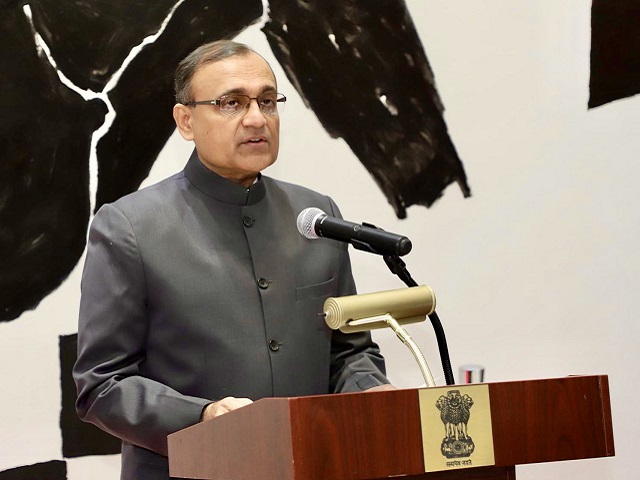 India has pledged USD 150,000 this year for UN fund for peacebuilding activities. This was announced by TS Tirumurti, India's permanent representative to the United Nations on January 25, 2021.

TS Tirumurti informed that India has extended its support to the activities of the UN peacebuilding fund and as a token of its engagement, India would like to announce a pledge of USD 150,000 to the fund's activities and program this year.

He further stated that the year "2021 provides us with an opportunity to look at peacebuilding with a broader context and in a more focused manner especially in the context of a Covid pandemic which is threatening to eat out the gains we have made over the years."

UN Secretary General António Guterres expressed that he was grateful to the countries that committed to provide over $439 million in support of the UN's work toward peacebuilding & conflict prevention through the UN Peacebuilding Fund. He stated that the scale of turmoil around the world requires deeper efforts to ease tensions & prevent escalation.

The scale of turmoil around the world requires deeper efforts to ease tensions & prevent escalation.

I am grateful to the 39 countries who committed today over $439 million in support of our work toward peacebuilding & conflict prevention through the @UNPeacebuilding Fund. pic.twitter.com/wjGSMh5OGb

Earlier on January 24, He had tweeted, "Preventing conflict & maintaining peace can save countless lives. I urge the international community to come together and step up to #InvestInPeace."

I urge the international community to come together and step up to #InvestInPeace.

India's Peacebuilding Efforts at the UN

•The Indian Ambassador to the United Nations stated that as the world's largest democracy, India is conscious of the need to prioritize the building of governance structure to strengthen democracy and the rule of law.

•He stated that India also recognizes the critical role played by youth and women in peacebuilding activities.

•He further said that the world needs to consequently prioritise their specific aspect of peacebuilding, which will have the highest impact in the post-conflict situations so that the funds are utilized to the optimum.

•While talking about India's role at the world stage, Tirumurti said that India has always played a constructive and significant role in the context of peacebuilding through its extensive development partnership with developing countries, especially with Africa and Asia.

•He highlighted that India continues to assist countries bilaterally in post-conflict situations by providing substantial grants and soft loans.

UN Peacekeeping aims to mainly help countries navigate through the difficult path from conflict to peace. The UN peacekeeping has unique strengths including legitimacy, burden sharing and an ability to deploy troops and police from around the world and integrate them with civilian peacekeepers to address a range of mandates set by the UN Security Council and General Assembly.

The UN Peacebuilding fund aims to mobilize support for the UN's key instrument to prevent conflict and build peace around the world, as well as strengthen an integrated and coherent response across the UN peace and security pillars.