Indigenously developed 'Glide' bomb has been successfully tested by the Indian Air Force in Chandipur in Odisha. The bomb is a lightweight, long-range precision-guided anti-airfield weapon, designed to destroy ground targets such as runways, bunkers, aircraft hangers and other reinforced structures. 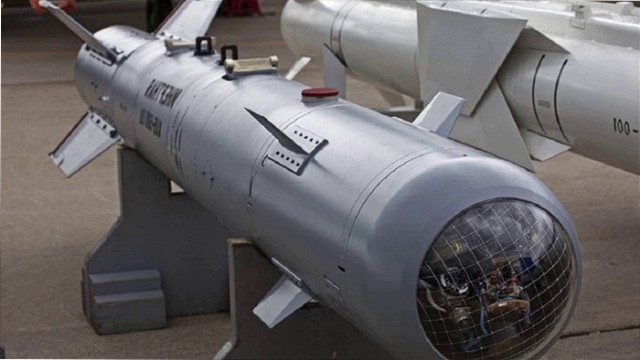 The Union Government announced on 3 November 2017 that an indigenously developed lightweight 'Glide' bomb was successfully tested in Chandipur in Odisha.

The development marks a major milestone in developing such weapons. The bomb - SAAW (Smart Anti Airfield Weapon) - was dropped from an Indian Air Force aircraft at the Integrated Test Range (ITR) in Chandipur on 2 November.

• The bomb released from the aircraft and guided through precision navigation system reached the targets greater than 70 km range with high accuracies.

• A total of three tests with different release conditions and ranges were conducted successfully.

• The bomb has been developed by the Research Centre Imarat (RCI), Defence Research and Development Organisation (DRDO), along with other laboratories of the DRDO and the Indian Air Force.

• It would soon be inducted into the armed forces.

• It is a lightweight, long-range precision-guided anti-airfield weapon, designed to destroy ground targets such as runways, bunkers, aircraft hangers and other reinforced structures.

• It is designed to be capable of engaging ground targets with a range of up to 100 km with high precision, which will allow the Indian Air Force to strike targets at a safe distance without putting pilots and aircraft at risk.

• The SAAW project was sanctioned by the Indian Government in September 2013 for Rs 56.58 Cr.