Nagaraj Naidu, India Deputy Ambassador to United Nations has been appointed the Chef de Cabinet of the President-elect of the United Nations General Assembly (UNGA). Read all you need to know. 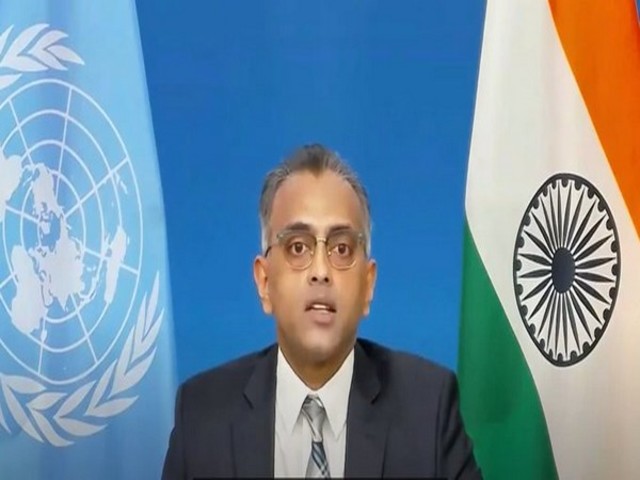 Nagaraj Naidu, India Deputy Ambassador to United Nations on June 10, 2021, was appointed the Chef de Cabinet of the President-elect of the 76th session of the United Nations General Assembly (UNGA) and Maldives Foreign Minister Abdulla Shahid. His tenure will last for one year.

For the first time, an Indian diplomat has been made the Chef de Cabinet of the UNGA. The post is like the  Chief of Staff or the Principal Secretary of Indian PM.

Along with the appointment of Nagaraj Naidu, UNGA President and Maldives Foreign Abdulla Shahid also appointed Ambassador Thilmeeza Hussain as the Special Envoy to the President of the UN General Assembly.

Maldives Foreign Abdulla Shahid was appointed as the President of the 76th session of the UNGA on June 7, 2021. He will begin his one-year tenure from September 2021. He garnered 143 votes during the election process. This is also for the first time that a Maldivian national has been elected as the President of UNGA and his candidature being backed by India.

Today, I have appointed Ambassador Thilmeeza Hussain as Special Envoy of the PGA, and Ambassador Nagaraj Naidu Kumar as my Chef du Cabinet. They will be instrumental in delivering my vision for the #PresidencyOfHope pic.twitter.com/1FsvJQKie3

•Nagaraj Naidu is a 1998-batch Indian Foreign Service officer. He has served in China spread across four different stints and is an avid Chinese speaker.

•2000 to 2003: Naidu served as Third and Second Secretary (Special Projects) at the Indian Embassy in Beijing.

•2009 to 2012: He served as First Secretary and Counsellor (Economic & Commercial Affairs) at the Indian Embassy in Beijing.

•2013 to 2015: He became the Consul General at the Indian Consulate in Guangzhou, China.

•Naidu has also been the National Coordinator for establishing the International Solar Alliance in India.

•2017 to 2018: He was the Joint Secretary/Director General of the Europe West Division. He was looking after India’s bilateral political engagement with the European Union, the UK, the Netherlands, Luxembourg, France, Italy, Germany, Spain, Ireland, Portugal, Belgium, San Marino, Andorra, and Monaco.