The Indian side thanked the Omani side on behalf of the Indian government for taking good care of the large Indian community in Oman during the pandemic. 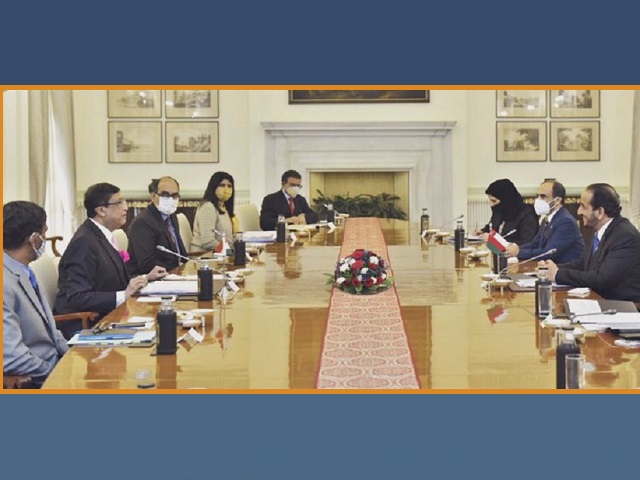 This was the first high-level official visit from Oman to India since the COVID-19 outbreak. Both Indian and Omani delegations expressed satisfaction that despite the COVID-19 pandemic both sides have kept in close touch and sustained momentum in further consolidation of their strategic relationship.

• During the consultations, the two sides reviewed the entire spectrum of the India-Oman relationship in fields such as energy, trade, political, defence, security, space, culture, consular, investment, mining and science and technology.

• The delegations further agreed to sign various agreements and MoUs in these areas for a future-oriented relationship.

• They also shared how they look forward to trade and investment linkages and regaining momentum once normalcy returns after Covid-19.

• The delegations also discussed intensifying cooperation in the areas of health and food security.

• Besides this, the two sides exchanged views on recent regional developments as well as global issues of mutual interest.

Union External Affairs Minister Dr. S Jaishankar also received the Omani Undersecretary and conveyed congratulations to the Omani side on the first anniversary of the reign of His Majesty Sultan Haitham bin Tariq.

The EAM reiterated the invitation from Prime Minister to His Majesty for a visit to India. He also said that he looked forward to the continuous strengthening of the India-Oman strategic partnership in various fields.