Sumit Malik's A sample was collected in Bulgaria after the Olympic qualifier and it came back positive for a banned substance. The wrestler has been provisionally suspended. 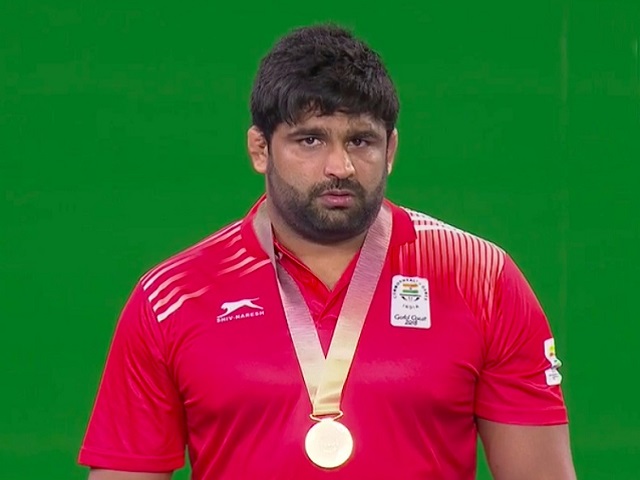 Indian wrestler Sumit Malik has failed his dope test with just 49 days to go for the Tokyo Olympics, which are scheduled to be held in Japan.

Malik, who had reserved his Olympic berth in the 125kg category by reaching the final of the qualifier event in Sofia last month, is now unlikely to join the Indian contingent for the event. The news has come as a shock to the Wrestling Federation of India (WFI).

WFI Assistant Secretary Vinod Tomar confirmed that Sumit has failed his dope test and has bleak chances of participating in the Tokyo Olympics. The official stated that Sumit has tested positive for a banned substance and has been provisionally suspended by the UWW (United World Wrestling).

• Sumit Malik's A sample was collected in Bulgaria after the Olympic qualifier and it came back positive for a banned substance. The wrestler has been provisionally suspended.

• The WFI Assistant Secretary informed that Sumit's B sample will be tested on June 10th. If his B sample also comes back positive, he could be banned.

• In 99 percent of cases, the results of both A and B samples come out to be the same.

• There has been no mention of the substance that Malik tested positive for. However, WFI Assistant Secretary confirmed that India is set to lose a quota place in Tokyo.

• Overall, eight Indian wrestlers had booked their places in Tokyo, including four women.

The WFI Secretary added that this wasn't good news for the federation, but he is sure that Sumit has not done anything intentionally. Tomar explained that Sumit was injured and he might have taken some medicine and because of which he has failed his dope test.

Malik reportedly had been nursing a knee injury, which he had suffered during the national camp before the Olympic Qualifiers began at different venues.

Out of these 100 athletes, eight quotas were bagged by the Indian wrestlers, four men and four women wrestlers.

This is a second blow to India's wrestling's image after two-time Olympic medalist Sushil Kumar was arrested in connection with the murder of a fellow wrestler last month.

This is also the second consecutive time when an Indian wrestler has failed the dope test ahead of the Olympics. The previous instance was before the 2016 Rio Olympics when Narsingh Pancham Yadav failed the test and was banned from the sport for four years.