International Yoga Day 2021:  In collaboration with the World Health Organisation, M-Yoga App has been launched. It will have yoga training videos in different languages for people across the world. 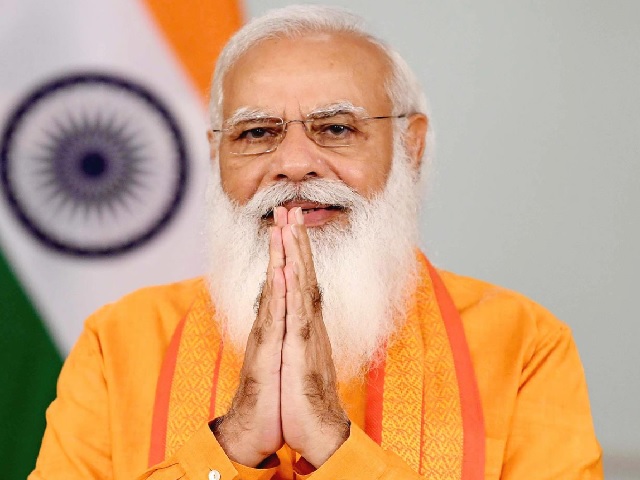 Prime Minister Modi addressed the lead event of the 7th International Yoga Day on June 21, 2021. In view of the Coronavirus pandemic, the event this year was televised and started at 6.30 am.

Along with PM Modi’s address, the event also included an address by the Minister of State for Ayush Kiren Rijiju as well as a live yoga demonstration by the Morarji Desai National Institute of Yoga.

The Ministry of Ayush, nodal Ministry for International Yoga Day, through an official statement, highlighted the role of Yoga in one’s overall well-being, through various activities organized in the run-up to the annual event.

Yoga became a ray of hope amid pandemic

Highlighting the significance of Yoga, Prime Minister Modi in his address said that when the entire world is fighting against the Coronavirus pandemic, Yoga has become a ray of hope. He added that even though for two years, no public event has been organized in India or the world, the enthusiasm for yoga has not gone down.

Today when the entire world is fighting against #COVID19
pandemic, Yoga has become a ray of hope. For two years now, no public event has been organised in India or the world but enthusiasm for Yoga has not gone down: PM Narendra Modi#InternationalDayOfYoga pic.twitter.com/tWK73Rh7VH

Prime Minister while highlighting this year’s International Yoga Day theme stated that the ‘Yoga for Wellness’ theme has encouraged people even more to perform Yoga and added that he prays that every country, region, and people stay healthy.

The ‘Yoga For Wellness’ theme for this #InternationalYogaDay has encouraged people even more to perform yoga. I pray that every country, region, and people stay healthy: PM Modi on International Yoga Day pic.twitter.com/oTCvgTz69J

Yoga became a source of inner strength among the people amid the Coronavirus pandemic and it became a medium to transform negativity to creativity, said PM Modi.

He added that Yoga tells us so many problems might be out there, but we have infinite solutions within ourselves.

Yoga helps in the healing process

He mentioned that doctors have used Yoga as armour to treat patients. There are pictures of hospitals with doctors, nurses teaching Yoga performing breathing exercises. International experts have also said that these exercises strengthen the breathing system.

Doctors have used Yoga as armour to treat patients. There are pictures of hospitals, with doctors, nurses teaching Yoga performing breathing exercises like Anulom Vilom Prāṇāyāma. International experts have said that these exercises strengthen the breathing system: PM Modi pic.twitter.com/QI0gwmwT9d

During his address, Prime Minister Modi informed that in collaboration with the World Health Organisation, India has taken another step. There will be M-Yoga App, which will have yoga training videos in different languages for people across the world. It will be a great example of the fusion of modern technology and ancient science.

The app will help in our ‘One World, One Health motto’ and will play a great role in expanding Yoga across the globe. PM Modi further stated that when India proposed the International Yoga Day before the WHO, it wanted Yoga to be easily available around the world.

In collaboration with WHO, India has taken another important step. Now there will be M-Yoga app, which will have yoga training videos in different languages for people across the world. This will help us in our 'One World, One Health' motto.#InternationalYogaDay pic.twitter.com/SKVpeUoQt7

•  The International Yoga Day observation consisted of the individuals participating in large numbers in the harmonious demonstrations/performance of yoga at 7 am.

•  Yoga day was also observed in about 190 countries globally. Reportedly, the Missions of India abroad coordinated various activities in the run-up to the event in their respective countries.

•  Various Indian states organized Yoga camps on the occasion while also following the strict COVID-19 protocols. In Haryana, the camps were set up in about 1100 places across the state with only 50 people allowed in each camp.

IDY is celebrated annually on 21st June since 2015, following its inception in the UN General Assembly in 2014. Yoga is a mental, physical and spiritual practice that originated in India.

PM Modi in his UN address in 2014 suggested the date 21st June because it is the longest day of the year in the Northern Hemisphere and also shares a significance in various parts globally.

International Yoga Day, since 2014, has been observed in mass gatherings in various parts of the country. The observation of the day is a global activity and the preparatory activities normally start 3-4 months before 21st June.

As part of the International Yoga Day observation every year, millions of people are introduced to yoga in the spirit of a mass movement.