Nadal will now be aiming for his 14th French Open (also called Roland Garros) title at the Grand Slam that will begin on May 30, 2021. 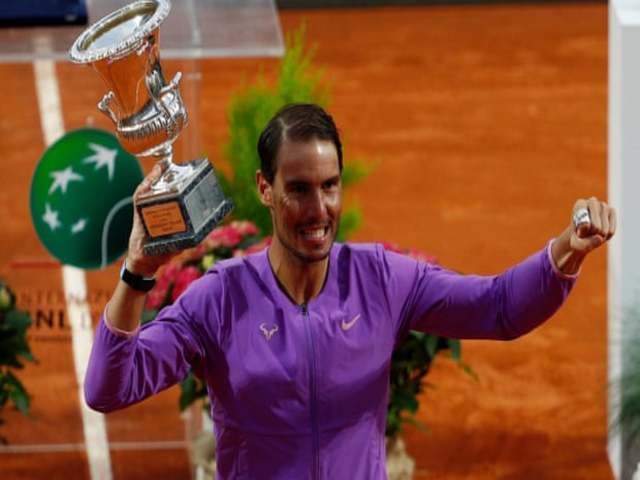 The 34-year-old, Nadal expressed how amazed he was to see the trophy in his hands for the 10th time. He recalled his first match in Rome back in 2005 against Guillermo Coria that lasted for five hours. With the win at the 2021 Italian Open clay court, Nadal also equalled Djokovic’s record of 36 ATP Masters 1000 titles in his 12th Rome final.

Nadal further said that he really wanted this title. This had been one of the most important titles of his career. “I had won 10 in Monte Carlo, Roland Garros, and Barcelona, and really wanted it here too,” he said.

Nadal and Djokovic were playing for the 57th time in the Open era and their 9th meeting in the Rome. Djokovic had lost to Nadal in their previous meeting at the 2020 French Open final.

Nadal now has won more than 10 titles at a single event for the fourth time after his wins at Monte Carlo (11), Barcelona (12), and Roland Garros (13). Nadal will now be aiming for his 14th French Open (also called Roland Garros) title at the Grand Slam that will begin on May 30, 2021.

About the Italian Open

•The Italian Open is one of the most important clay tennis tournaments that is held in Rome, Italy.

•The first Italian tennis tournament was held in 1930 in Milan and later in 1935, the tournament was moved to Rome. The Italian Open became available to international players in 1969.