Italy would be hosting the summit of the Group of Seven Interior Ministers on security issues in October 2017. 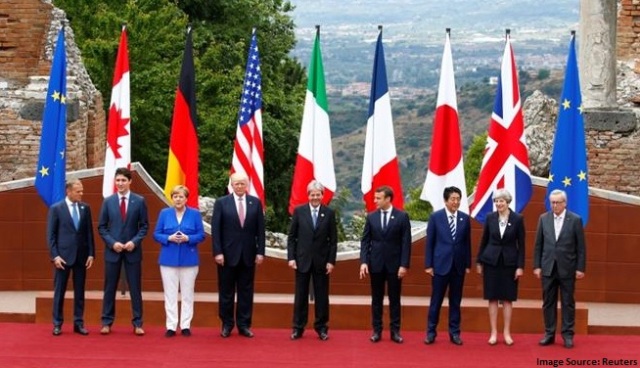 Italy would be hosting the summit of the Group of Seven Interior Ministers on security issues in October 2017.

According to Italy’s Interior Minister, Marco Minniti, the meeting is being organised at the request of Italy's G-7 partners- Canada, France, Germany, the United Kingdom, Japan and the United States.

While speaking at a press conference, the Minister stated that while the terror alert level remains high in Italy, there is no trace of an imminent threat or attack.

Minniti further said that since the beginning of the year 2015, Italy has deported over 199 foreigners, who were suspected of posing security threats to the nation. The people, according to the minister, initially showed signs of radicalisation but were expelled before they could reach the stage of planning an attack.

About the Group of Seven

• The European Union is also represented within the G7.

• The main requirements for becoming a member of the group include having a very high net national wealth and a very high Human Development Index.

• The G7 countries represent 46% of the global GDP evaluated at market exchange rates.

• It was founded in 1975 when the then President of France, Giscard d'Estaing invited finance ministers and central bank governors from the all six nations for an informal gathering to discuss current world issues

• Canada became the seventh member to begin attending the summits in 1976, after which the name 'Group 7' or G7 Summit was used.

• In 1997, Russian President Boris Yeltsin was invited by Tony Blair, British Prime Minister and Bill Clinton, President of United States first as a guest observer and later as a full participant.

• Russia formally joined the group in 1998, resulting in the creation of a new governmental political forum, the Group of Eight or G8.

• However, Russia was eliminated from the group in 2014 after it annexed the Ukrainian territory of Crimea.