Fraser-Pryce beat Carmelita Jeter’s 2009 record of 10.64 seconds. Read all you need to know. 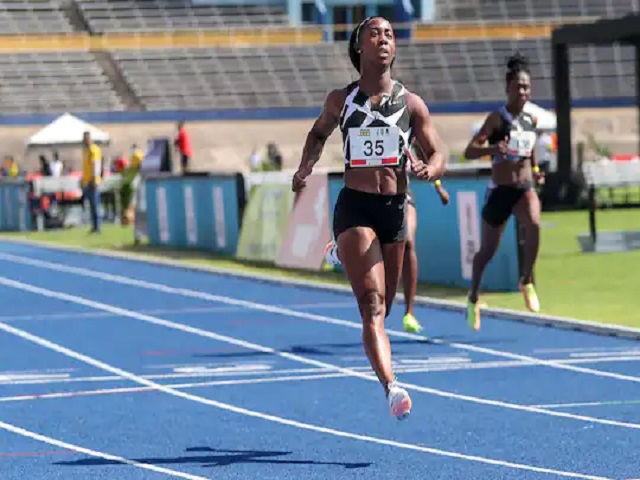 Jamaican sprinter Shelly-Ann Fraser-Pryce became the second-fastest woman after she ran the 100 meters in 10.63 seconds at the JOA/JAAA's Destiny Olympic meet in Kingston held on June 5, 2021.

With this record, she got the fastest time in 33 years and the fourth-best in history. Fraser-Pryce beat Carmelita Jeter’s 2009 record of 10.64 seconds and now stands behind Florence Griffith-Joyner, the 100-meters world record holder.

Fraser-Pryce after the race said, “I never expected to run 10.6.” She wanted to break the 10.7 seconds this year, she added. She beat her own national record of 10.70 seconds that she shared with Elaine Thompson Herah, the 2016 Olympic champion.

Who is Shelly-Ann Fraser-Pryce?

•Shelly-Ann Fraser-Pryce is a Jamaican sprinter who became the second-fastest woman in history on June 5, 2021, after she ran the 100 meters in 10.63 seconds during the JOA/JAAA's Destiny Olympic meet in Kingston.

•Fraser-Pryce is the two-time Olympic 100-meters champion, one at the 2008 Beijing and another at the 2012 London Games. She won bronze at the 2016 Olympics in Rio de Janeiro. She won the gold medal in the 100m race of the 2019 IAAF World Championships after coming back from maternity.