The government revoked Articles 370 and 35 (A) and bifurcated the state into two union territories Jammu & Kashmir and Ladakh. 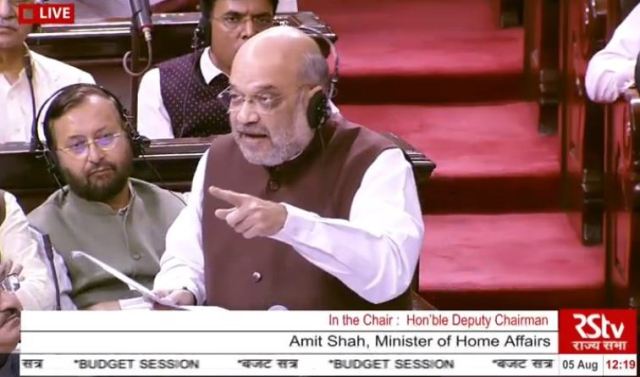 Union Home Minister Amit Shah announced in Rajya Sabha that the government decided to repeal Article 370 of the Constitution which grants special status to Jammu and Kashmir. With this, Jammu and Kashmir ceased to be a state and was bifurcated into two Union Territories. With this, special features like a separate constitution, separate flag and separate status also ceased to exist after repealing of Article 370.

With the removal of Article 370, Article 35A was also scrapped. Now, people from other states may also buy or purchase land and settle there.

Bifurcation of Jammu and Kashmir

Jammu & Kashmir has become a Union Territory now and union laws would apply in this area. According to the notification released by government of India, “Keeping in view the prevailing internal security situation, fuelled by cross-border terrorism in the existing state of Jammu & Kashmir, a separate Union Territory is being created.”

The Ladakh region has given the status of a Union Territory (UT), without legislature. "The Ladakh division has a large area but is sparsely populated with very difficult terrain. There has been a long-pending demand of people of Ladakh to give it a Union Territory status to enable them to realise their aspiration", said a notification released by Union Home Minister Amit Shah.

Also Read | Article 35A Scrapped: What is it and why it has been controversial? – Explained Here