Jamsetji Tata, the founder of Tata Group, is ahead of others such as Bill Gates and his now-estranged wife Melinda who donated $74.6 billion, George Soros ($34.8 billion), Warren Buffet ($37.4 billion), and John D. Rockefeller ($26.8 billion). 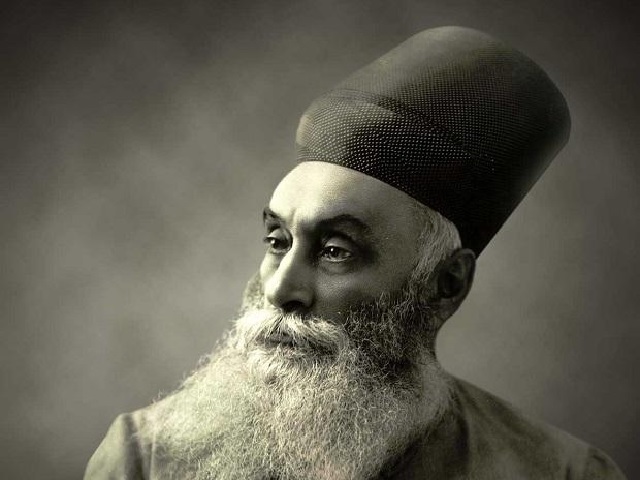 Jamsetji Tata, the founder of Tata Group, has emerged as the biggest philanthropist globally in the last century by donating $102 billion, according to the list of top 50 givers prepared by the Hurun Report and EdelGive Foundation.

While Tata is the only Indian in the top 10 list, Azim Premji, former Chairman of Wipro, is the only other Indian among the top 50 at 12th position.

Jamsetji Nusserwanji Tata, the founder of what has now become a group spanning interests from salt to software, is ahead of others such as Bill Gates and his now-estranged wife Melinda who donated $74.6 billion, George Soros ($34.8 billion), Warren Buffet ($37.4 billion), and John D. Rockefeller ($26.8 billion).

Hurun Research and EdelGive Foundation today released the 2021 EdelGive Hurun Philanthropists of the Century, a ranking of the world’s most generous individuals from the last 100 years.

The father of Indian industry, Jamsetji Tata, tops the list followed by pic.twitter.com/MMBrY0Hkwl

The Chairman and Chief Researcher at Hurun, Rupert Hoogewerf while talking about the names on the list stated that while European and American philanthropists may have dominated the thinking of philanthropy over the last century, Jamsetji Tata is the world’s biggest philanthropist.

How Jamsetji Tata attained the top spot as a philanthropist?

Setting aside two-thirds of the ownership to trusts engaged in doing good in various areas including healthcare and education, has helped Tatas in achieving the top spot in the giving. The givings by Jamsetji Tata started in 1892 itself.

According to the report, the total philanthropic value of Tata is made up of 66% of Tata sons, estimated at US 100 billion dollars, solely based on the list of the enlisted entities.

Jamestji Tata made his fortune in the 1870s after the floating Central India Spinning Weaving and Manufacturing Company. In 1892, he set up the JN Tata Endowment for higher education, which was the beginning of Tata Trusts.

The first Prime Minister of India Jawaharlal Nehru had often mentioned Tata as the ‘One Man Planning Commission’.

Azim Premji, the only other Indian in the top 50, was the first Indian to sign the Giving Pledge in 2010 and since then Premji has transferred 67% of Wipro to the Azim Premji Endowment Fund.

The Azim Premji Foundation, established in 2001, supports the elementary education system in rural government schools in India and has a value of US $21 billion.

The Azim Premji Foundation together with Wipro donated US$ 150 million to combat COVID-19.

• According to Rupert Hoogewerf, there are few names like Alfred Nobel which are not even on the list of top 50 givers in the last century, while some other names are not a surprise.

• A majority of 38 people on the list are from the United States, followed by the United Kingdom (5), and China (3).

• Total 37 of the donors have passed away while only 13 of them are alive.

• The total donation by the 50 philanthropists is pegged at $832 billion over the last century, of which US$ 503 billion came from the foundation endowments and $ 329 billion from the donations to date.

• The annual grants by the givers are now topping $30 billion. With a donation of US $8.5 billion, MacKenzie Scott has become the biggest annual grantmaker.

Here’s the list of the top 50 philanthropists of the last 100 years: