Former Crown Prince of Jordan, Prince Hamzah bin Al Hussein has reportedly been placed under house arrest in a flare-up on tensions with Jordan's royal household. 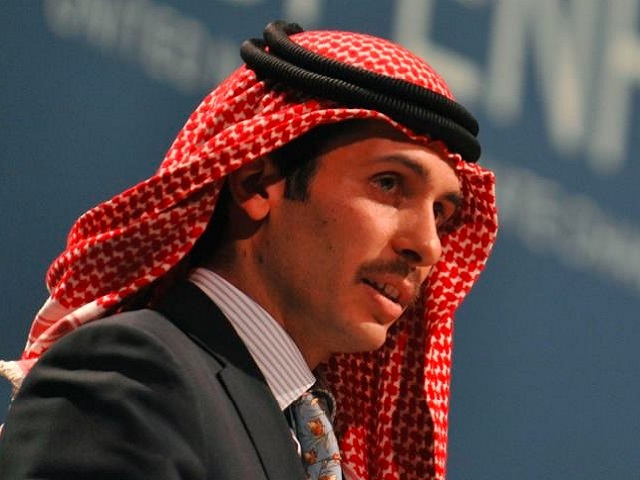 Former Crown Prince of Jordan, Prince Hamzah bin Al Hussein has reportedly been placed under house arrest in a flare-up on tensions with Jordan's royal household.

Prince Hamzah has been placed under house arrest for allegedly being a part of a conspiracy against the Jordan government and ruling monarch King Abdullah. The prince, who is the King's half-brother, has denied being a part of any such conspiracy.

The Jordan government also made other arrests on April 3, 2021 including that of a former minister and another royal family member citing “the security and stability of Jordan”. Jordan has since long been considered one of the most stable countries in the Arab world and hence, the recent crackdowns have invited international attention.

What is Jordan's government saying?

•The Deputy Prime Minister of Jordan, Ayman Safadi said on March 4, 2021 that the nation uncovered a plot to destabilize the kingdom that involved King Abdullah II's half-brother and extended beyond the country's borders. He stated that the former Crown Prince Hamza Bin Hussein worked in concert with foreign entities.

•At least 16 people, including at least one other royal, were taken into custody last week in Jordan. The Deputy Prime Minister explained that there was an effort to target Jordan's security and stability but this effort was foiled.

•However, he gave no evidence to back up his claims and declined to say whether the unidentified foreign entities were people or governments and if any money was paid to those involved in the alleged plot.

•The rare crackdown comes as the nation struggles with its worsening finances amid a resurgence of Covid-19 cases, which prompted the government to renew restrictions on movement.

•The US State Department issued a statement on April 3, 2021 saying that Jordan’s King Abdullah II is a "key partner" of the US and "has our full support". The statement came amid reports that his half-brother Prince Hamzah bin Al Hussein had been questioned in relation to an alleged plot to destabilize the country.

•The US state department spokesperson Ned Price said that the nation is closely following the reports and is in touch with Jordanian officials.

•Saudi Arabia also extended its support to King Abdullah's decision to maintain the security of his country. A statement published by the Saudi Press Agency on April 3, 2021 read, "the kingdom affirms its full support, with all its capabilities, to all decisions and measures taken by King Abdullah and His Highness Prince Al Hussein bin Abdullah II, the Crown Prince, to maintain security and stability."

•Egypt's Presidential spokesman Bassam Radi also issued a statement on April 3, 2021 saying that Egypt voices full support to Jordan and the Jordanian king in preserving the security and stability of the kingdom. He further stated that Egypt affirms that the security and stability of the sisterly Jordan is an inseparable part of the Egyptian and Arab national security.

Why is this important?

Jordan's stability is considered to be extremely crucial for the Arab world as it sits at the crossroads of the Israeli-Palestinian conflict. The nation is home to almost 2 million Palestinian refugees and their descendants and chaos there could endanger the security of Israel.

Israel shares a frontier with Jordan and had made peace in 1994. Jordan also borders Iraq and Syria and it is seen as a force for moderation in a turbulent neighborhood.