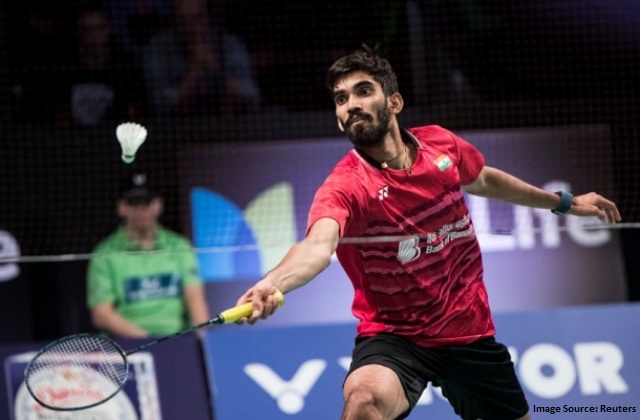 The eighth seeded Srikanth defeated his opponent, South Korea's Lee Hyun-il in straight games, 21-10, 21-5. Former world number one, Lee, is currently placed at the 17th rank. It was the first time Srikanth and Lee had faced each other.

The  women’s singles’ final was equally thrilling with Ratchanok Intanon of Thailand delivering a shocking defeat to defending champion Akane Yamaguchi of Japan 14-21, 21-15, 21-19 in the 66-minute final. With the win, the current 9th seeded shuttler claimed her first Superseries title in 18 months.

• Prior to that, Srikanth had delivered a shocking defeat to the reigning world number one, Viktor Axelsen of Denmark  in the quarter finals to enter the semis.

Other Indians in the Series

• India’s second seeded PV Sindhu shockingly crashed out from the Denmark Open Super Series in the opening round itself after losing in straight games of  17-21, 21-23 against China’s Chen Yufei.

• This was Sindhu’s second consecutive early loss after claiming the Korean Open title. She had lost in the second round of Japan Open as well previously.

• The 15th seedeed B Sai Praneeth also crashed out in the opening round of men's singles.

• While three Indians including Srikanth, Saina Nehwal and HS Prannoy had entered the quarter finals of the Denmark Open, only Srikanth could make it to the semis.

• Both Nehwal and Prannoy lost to their respective opponents during the quarter finals.

• Another mixed doubles pair of Pranaav Jerry Chopra and N Sikki Reddy crashed out in the opening round after losing 17-21 15-21 to the Irish duo of Sam Magee and Chloe Magee.