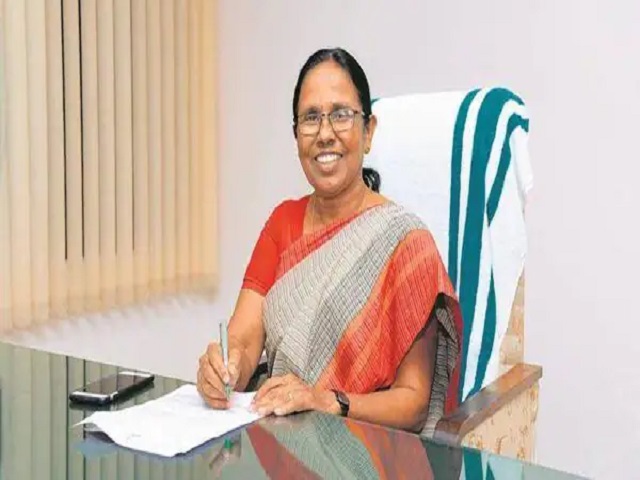 Former Health Minister of Kerala KK Shailaja, on June 17, 2021, was awarded the Central European University (CEU) Open Society Prize for 2021. The University’s highest honour was given to her at a virtual convocation of the University’s 30th Graduation Ceremony that was held from Vienna.

Michael Ignatieff, President and Rector of Central European University while presenting the award said, “As Minister of Public Health in the Indian State of Kerala, during the COVID-19 pandemic, KK Shailaja Teacher demonstrated to the world that determined leadership, community-based public health, and effective communication can save lives.”

Shailaja has been awarded the Open Society Prize 2021 for her community-based public health work and determined leadership at saving lives during the pandemic.

The United Nations (UN) had also honoured her in June 2020 for her efforts and strategies at tackling the COVID-19 pandemic. She was invited as a speaker at the UN Public Service Day.

Who is KK Shailaja?

What is CEU’s Open Society Prize?

•The Central European University was founded by George Soros in 1991. George Soros was a Hungarian-born political activist and philanthropist who instituted the University with an aim to train future scholars, politicians, professionals, and civil society leaders who will build open and democratic societies.

•The Central European University (CEU)’s Open Society Prize is awarded to organizations or individuals “whose achievements have contributed to the creation of an open society”.

•The Open Society Prize award was first given in 1994 to philosopher Sir Karl Popper who wrote the book titled Open Society and its Enemies (1945) representing a philosophy of openness, tolerance, and democratic values.

•Earlier awardees of the Open Society Prize include: