The Supreme Court had earlier directed the Election Commission of India (ECI) to increase the random checking of VVPAT slips from 1 EVM to 5 EVMs in each assembly of a parliamentary constituency. 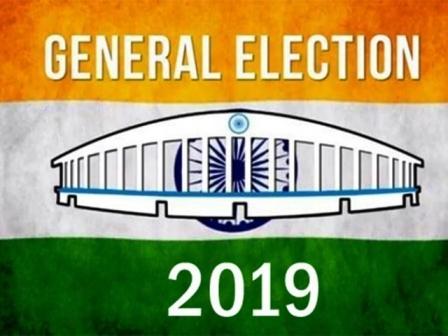 The Lok Sabha Election Results 2019 are likely to get delayed due to the process of tallying the Voter Verified Paper Audit Trail (VVPAT) slips of five EVMs instead of one in each assembly, as per the ruling of the Supreme Court.

Generally, counting of votes using one VVPAT takes around an hour. With the addition of four more VVPAT, this time would go up by four hours.

Hence, the election results, which were to be declared on May 23, will likely be delayed by few hours.

• This was the first time that the VVPAT machines were used across India in the General Elections. In 2014 Lok Sabha Elections, VVPATs were used in just 8 constituencies.

• This is also the first Lok Sabha elections where EVM results will be matched with VVPAT slips.

Note: The counting of VVPAT slips takes place in the VVPAT counting booths under the close monitoring of the returning officer and under the direct supervision of the Observer.

The VVPAT system is an independent printer system attached with the Electronic Voting Machine (EVM) that allows the voters to verify or cross-check their votes. It generates a paper slip every time a voter casts his vote on EVM.

The Supreme Court had on April 8, 2019 directed the Election Commission of India (ECI) to increase the random checking of VVPAT slips from 1 EVM to 5 EVMs in each assembly of a parliamentary constituency.

The apex court’s direction came on a petition filed by 21 opposition parties, demanding counting and cross verification of the VVPAT slips in at least 50 percent randomly chosen polling stations within each Assembly Constituency.

In a response, the Election Commission had said that the 50 percent verification of VVPAT would delay the announcement of results by at least 6 days. In view of that, the Supreme Court directed the Commission to increase tallying of VVPAT machines from one to 5, so the delay would be minute.