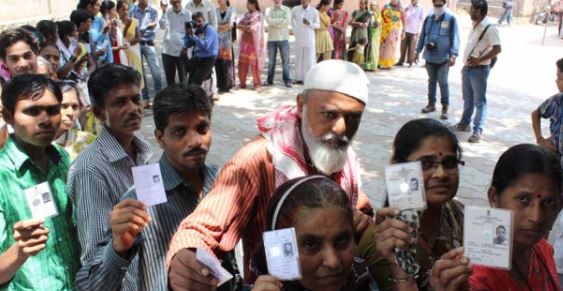 How accurate are exit polls? Exit polls are voter's view recorded after they have cast their vote. The polls are conducted just after voter walks out of polling booth.

Hence, the accuracy of exit polls always remain a subject of uncertainty. The exit polls provide just a rough idea of voters’ mood and basic step to predict results of elections.

There have been times when exit polls have been very accurate and also times, when they have gone completely wrong with their predictions.

•    Exit polls of year 2014 were predicting Modi government but they were predicting win for BJP-led NDA.
•    The closest poll predicted 291 seats for BJP and 340 for NDA. And, when results declared it was clear triumph for BJP with 282 seats while NDA got 336 seats and total 543 in Lok Sabha.
•    However, the exit polls failed in predicting the numbers for the Congress-led UPA. Except one pollster, all suggested the UPA to win 97 to 135 seats in the Lok Sabha election. But the coalition could win only 59 with the Congress getting only 44 seats.

It was the time when “India Shining” was famous all around.  Most of the exit polls were predicting a return of the Vajpayee government. However, the results turned the expectations upside-down because NDA could not cross the 200 mark. Another side, Congress led coalition won 222 seats and formed a government with support of left, BSP and SP.

After that, Public broadcaster Doordarshan commissioned exit polls in year 1996, which were conducted by the Centre for the Study of Developing Societies (CSDS).

Also Read: Lok Sabha Elections Exit Poll: What are exit polls? How are they calculated?