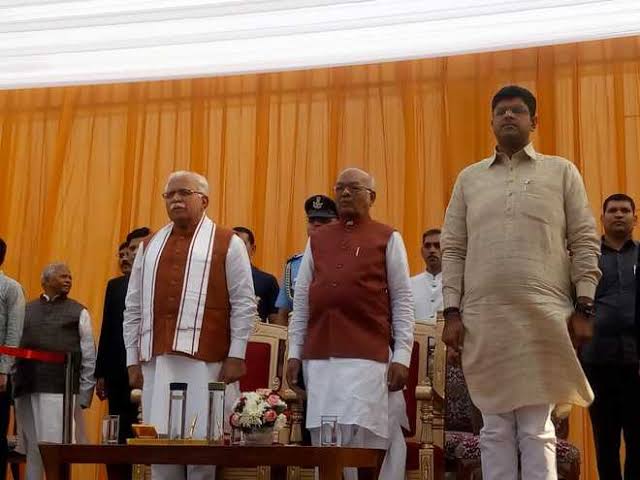 The BJP staked claim to form the government in Haryana in alliance with Dushyant Chautala’s Jannayak Janta Party (JJP) after the assembly election results indicated a hung verdict. 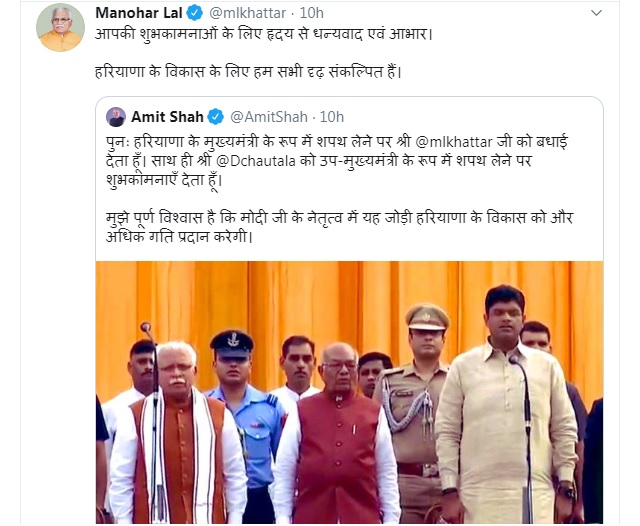 The total seats in the Haryana assembly include 90. A party requires at least 46 seats to form a majority government in the state. Neither BJP nor Congress could manage to win the majority in the state.

Hence, it was predicted that JJP’s Dushyant Chautala will play the role of a King Maker. The BJP finally staked claim to form the government with the predicted support of JJP, three days after the assembly election results were revealed.

The BJP also claimed the support of all 7 independent candidates who won in Haryana Assembly Elections 2019.

Both the BJP and Congress had contested from all 90 constituencies in Haryana, the BSP from 87, Indian National Lok Dal from 81, independents from 375, the CPI from 4 and CPM from 7, NCP from 1 and 434 others.

The JJP, which emerged after a split from the Indian National Lok Dal (INLD) in December 2018, was contesting its first-ever elections this time.

Also read:  Haryana Assembly Election 2019: All You Need to Know