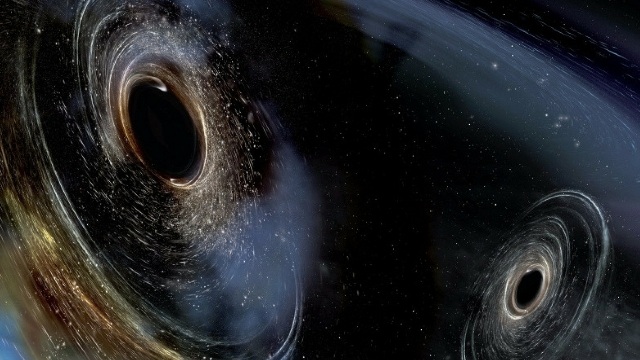 The study points to a prime location for scientists hunting for the sources of gravitational waves. The findings will be published in the upcoming issue of the Astrophysical Journal Letters.

The scientist, Sukanya Chakrabarti, who is an Assistant Professor at Rochester Institute of Technology, observes that conditions favourable for black-hole mergers exist in the outer gas disks of big spiral galaxies.

• Till now, small or dwarf galaxies were thought to have the most suitable environment for hosting black-holes.

• The study reports that the edges of galaxies like the Milky Way have similar environments to dwarf galaxies with in fact major advantage- big galaxies are easier to find.

• The metal content in the outer disks of spiral galaxies is quite low and so, the large area is expected to be rife with black holes.

Why is this discovery significant?

This study could help launch a deeper understanding of the universe, as now scientists can combine gravitational wave astronomy with traditional measurements of bands of light.

Existing research reveals that even black holes that are too dense for the light to escape, have a gravitational wave and an optical counterpart, remnants of matter from the stellar collapse from which they were formed.

According to Sukanya Chakrabarti, "If you can see the light from a black-hole merger, you can pinpoint where it is in the sky. Then you can infer the parameters that drive the life cycle of the universe as a whole and that's the holy grail for cosmology.”