Astronomical findings reveal that one end of the mega comet’s orbit is closer to our Sun while the other end goes all the way up to the Oort Cloud. Read all you need to know about the mega comet UN271. 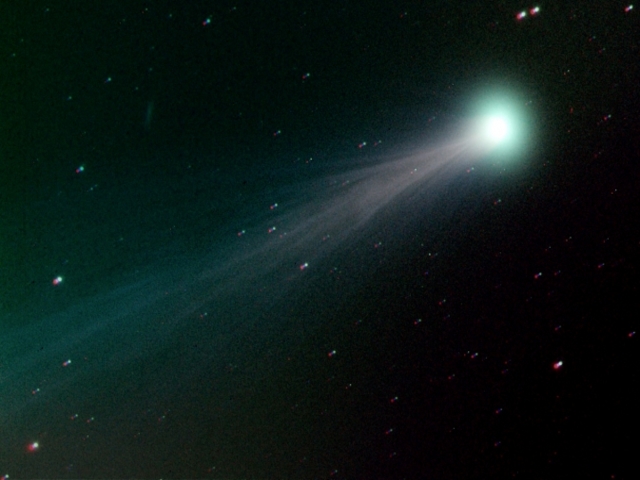 The mega-comet 2014 UN271 is expected to pass by the Sun by 2031 bringing it closest to Saturn’s orbit. The mega comet was identified during the astronomical findings of the Dark Energy Survey that captured data between 2014 and 2018.

The mega comet 2014 UN271, estimated to be between 100 and 370 kms wide, has been placed in the small dwarf planet territory. The mega comet has been found lurking at the edge of our solar system.

Astronomical findings reveal that one end of the mega comet’s orbit is closer to our Sun while the other end goes all the way up to the Oort Cloud, the most distant region of our Solar System comprising of a circumstellar disc of dust and gas.

•The mega comet 2014 UN271takes around 6,12,190 years to complete one full orbit due to its ginormous distance between its two endpoints.

•Currently, the mega comet 2014 UN271 is situated at about 22 Astronomical Units (AU) away from the Sun. The comet was approximately 29 AU away from the Sun when it was first spotted in 2014. Since then, it has moved one AU every year in the last seven years. One AU equals the distance between the Earth and the Sun.

•Scientists estimate that the mega comet will pass by the Sun at a distance as close as 10.9 AU by 2031. At its closest, it will pass by Saturn’s orbit before turning back to outer space.

Will it be visible from the Earth?

•Even at its closest pass by the Sun, it will be extremely far away to be spotted from Earth. Even with a telescope, its visibility would be similar to that of Pluto’s largest moon Charon.

Other instances of interstellar objects from outer space

•Mega comet 2014 UN 271 is not the first instance of an object visiting from outer space.

•In 2017, an interstellar object named 'Oumuamua' was the first comet ever to be spotted entering our Solar System at a speed of 92,000 km/hour before returning to outer space. It measured 2,600 feet in width and 1,300 feet in length.

What is a comet?

•As defined by NASA, comets are frozen leftovers from the formation of the solar system composed of rock, dust, and ice. Their size can range from a few miles to tens of miles. They heat up when they orbit closer to the Sun and thus form an atmospheric coma (tail) of dust and gases stretching millions of miles with a glowing head.