What is African Swine Fever? All you need to know 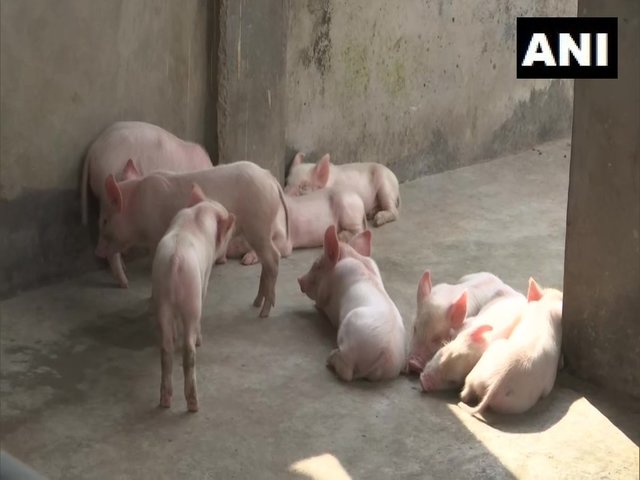 Meghalaya on May 12, 2021, informed that the resurgence of the African Swine Fever (ASF) has killed over 300 pigs in the last month.

The State’s Animal Husbandry and Veterinary Department have confirmed the presence of the ASF in the districts of East Khasi Hills, West Khasi Hills, Ri Bhoi, and the sub-division of Sohra.

The confirmed number of death of pigs is 320 as of now, rest the suspected samples of 573 dead pigs has been sent for confirmatory tests to a lab in Madhya Pradesh.

The State Government declared seven areas contaminated with the disease as containment zones. The state’s animal husbandry and the veterinary department have set up 130 quick response teams after the outbreak of ASF.

Meghalaya had also witnessed the outbreak of African Swine Fever in May and November last year and again during Mid-April in 2021. The State Department advises the farmers to not buy pigs from unverified or uncredible sources.

What is African Swine Fever?

African Swine Fever (ASF) is a deadly, highly contagious hemorrhagic viral disease that affects domestic and wild pigs. The fatality rate of the disease is 100 per cent.

The disease is transmitted through direct contact with an infected alive or dead domestic or wild pigs, and also indirect contact or ingestion of contaminated material like feed or garbage, food waste, ticks, or pork products.

The symptoms of African Swine Fever may be similar to Classical Swine Fever (CSF), hence the test samples should be confirmed through lab tests.

How did the African Swine Fever emerge again?

Regarding the resurgence of the African Swine Fever, the state department of Meghalaya expressed its doubts that some farmers might have brought in infected pigs across the borders of Assam.