Project aims at planting 10,000 Rudraksh trees in the Ganga Basin area in Uttarakhand in association with the local community.

Story 1: MoU signed for Plantation of 10,000 Rudraksh Trees in Uttarakhand

To create a greener ecosystem in Ganga Basin National Mission for Clean Ganga has signed a Memorandum of Understanding (MoU) with HCL Foundation and INTACH. Its objective is to undertaking project of Plantation of Rudraksh Trees in Uttrakhand. It is a CSR initiative under Namani Gange Programme.

It was signed in the presence of NMCG Director General Rajiv Ranjan Mishra, Executive Director (Projects) G. Ashok Kumar and other officials from HCL Foundation, INTACH and NMCG.

•    Project aims at planting 10,000 Rudraksh trees in the Ganga Basin area in Uttarakhand in association with the local community.
•    This project will also address the issue of unemployment as locals will get work in this project.
•    Namami Gange Mission project will give inclusive and sustainable solutions for a cleaner ecosystem along the stream of 97 towns and 4,465 villages on the Ganga stem.

•    Elaeocarpus ganitrus or Rudraksh Tree is a large evergreen tree. It has broad-leaves whose seed is traditionally used for prayer beads in Hinduism and Buddhism.
•    Seeds of this tree are known as Rudraksh. It can be produced by several species of Elaeocarpus. But E. Ganitrus is most popular species which is used in the making of organic jewellery or mala.
•    Rudraksh tree develops the fruit in three to four years. It is mainly found in Gangetic plain, foothills of Himalyas, Nepal, Indonesia etc.

Namami Gange, is an Integrated Conservation Mission, approved as ‘Flagship Programme’ by the Union Government in June 2014 with budget outlay of Rs.20,000 Crore to accomplish the twin objectives of effective abatement of pollution, conservation and rejuvenation of National River Ganga.

India's growing influence at international level can be understood from this point that the Comprehensive Nuclear-Test-Ban Treaty Organisation (CTBTO) has recently invited India to become an ‘observer’ in its meetings.

The executive secretary of the Comprehensive Test Ban Treaty Organization (CTBTO), Lassina Zerbo, has invited India to be an observer in the CTBT.

•    The Comprehensive Nuclear-Test-Ban Treaty (CTBT) is an international treaty that is banning all nuclear explosions - everywhere, by everyone.
•    The Treaty was negotiated at the Conference on Disarmament in Geneva and adopted by the United Nations General Assembly. It opened for signature on 24 September 1996.
•    Since then 182 countries have signed the Treaty.
•    Last country to do so was Trinidad and Tobago on 8 October 2009 which also ratified the Treaty on 26 May 2010.
•    Total 154 countries have ratified the Treaty – most recently Ghana on 14 June 2011. 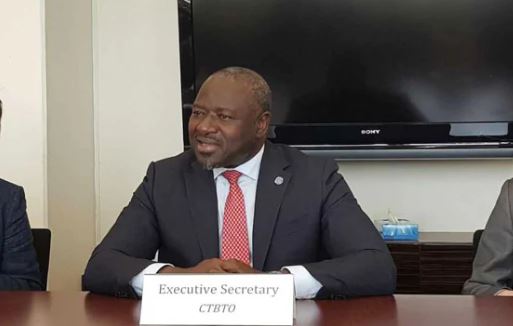 Signature: The signature to a treaty indicates that the country accepts the treaty.  It commits not to take any actions that would undermine the treaty’s purposes. A treaty is signed by a senior representative of a country such as the president or the foreign minister.

Ratification: The ratification symbolizes the official sanction of a treaty to make it legally binding for the government of a country.  This process involves the treaty’s adoption by the legislature of a country such as the parliament.