According to the findings, Nesher Ramla Homo- named after the place southeast of Tel Aviv where it was found- may have lived alongside our species, Homo sapiens, for more than 1,00,000 years, and may have even interbred. 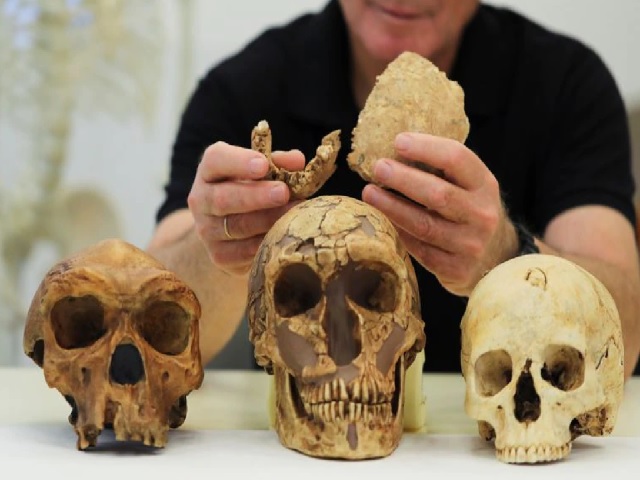 Israeli researchers informed on June 24, 2021, that they have found bones belonging to a ‘new type of early human’ who was previously unknown to science. The latest discovery has shed new light on the course of human evolution.

Archaeological digs done near the city of Ramla by the team from the Hebrew University of Jerusalem uncovered the prehistoric remains that cannot be matched to any known species from the Homo genus, which includes the modern humans (Homo Sapiens).

According to the findings, Nesher Ramla Homo- named after the place southeast of Tel Aviv where it was found- may have lived alongside our species, Homo sapiens, for more than 1,00,000 years, and may have even interbred.

Along with the human remains, the dig has also uncovered large quantities of animal bones as well as stone tools.

Meet Nesher Ramla Homo, a previously unknown kind of early human who could be an ancestor to the Neanderthals https://t.co/n0CnXXiEQm pic.twitter.com/QU1FuijrvJ

What the latest discovery has shown?

The researchers in a statement said that dating to between 1,40,000 and 1,20,000 years ago, the morphology of the Nesher Ramla Humans shares the features with both Neanderthals and archaic homo.

At the same time, this type of Homo is very unlike to the modern humans as it displays a completely different skull structure, very large teeth, and no chin.

Dr. Yossi Zaidner of Hebrew University said that the archaeological finds associated with the human fossils has shown that ‘Nesher Ramla Homo’ had possessed the advanced stone-tool production technologies and they most likely also interacted with the Homo Sapiens.

He added that no one imagined that alongside Homo Sapiens, archaic homo roamed the area so late in human history.

The researchers have also suggested that some fossils that were discovered in Israel dating back as far as 4,00,000 years can belong to the same prehistoric human type.

The discovery of a new type of Homo is of great significance, says Israel Hershkovitz of Tel Aviv University, one of the leaders of the team who analyzed the remains.

He added that it enables us to make new sense of previously found human fossils, add another piece to the puzzle of human evolution and understand the migration of humans in the old world.