New Zealand signs the Artemis Accords: All you need to know

New Zealand joins the growing list of nations who have signed the Artemis Accords namely the US, Ukraine, the UAE, the UK, the Republic of Korea, Luxembourg, Japan, Italy, Canada, and Australia. Read all you need to know. 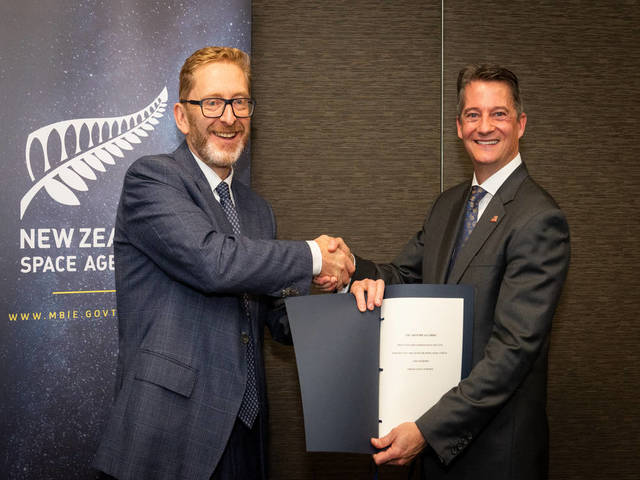 New Zealand on May 31, 2021, signed the US-led Artemis Accords with NASA during a ceremony in Wellington thereby joining an international agreement to cooperate with NASA on peaceful, safe, sustainable, and transparent space exploration.

New Zealand joins the growing list of nations who have signed the Artemis Accords namely the US, Ukraine, the UAE, the UK, the Republic of Korea, Luxembourg, Japan, Italy, Canada, and Australia.

• Nanaia Mahuta, Foreign Minister of New Zealand said that the country is committed to ensuring the next phase of space explorations are conducted in a safe, sustainable, and transparent manner and in full compliance with international law.

• The country is committed to working along with stakeholders to resolve any space issues and ensuring that the space environment is available and accessible for the benefit of all, in the present and the future, he said.

• The ability to utilize space resources like minerals on the moon and different celestial bodies is crucial to enabling the next phases of space exploration, which includes sending humans to Mars, he mentioned.

• Artemis Accords facilitate in setting principles and promoting cooperation around space exploration in terms of interoperability, transparency, the release of scientific data, safe disposal of debris, sustainable use of resources, and prevention of harmful interference in space activities.

• The Artemis Accords are an important first step towards fulfilling the additional need for rules or standards to ensure long-term sustainability and conservation of these resources, he noted.

• New Zealand’s space industry has been estimated worth $ 1.7 billion and the revenue turnover of the space manufacturing sector is around $ 247 million per year.

• New Zealand has also been one of the few nations that have been able to launch rockets in space. Rocket Lab, a California-based company that specializes in launching small satellites into orbit. The company had launched a test rocket into space four years ago from the remote Mahia Peninsula.

• The Artemis Accords are an international agreement among the nations participating in the Artemis Program, a US-led blueprint for space cooperation, supporting NASA’s missions to send back humans to the Moon by 2021, and launching a historic human mission to Mars.

• NASA is leading the Artemis Program that will send the first woman and next man to the Moon in 2024. The founding member nations to have signed the Artemis Accords are the US, the UK, the UAE, Luxembourg, Japan, Italy, Canada, and Australia.

• The Artemis Accord was signed first on October 13, 2020. The Accord sets out principles for cooperation in space exploration and the use of the Moon, Mars, Comets, and Asteroids for safe, sustainable, and peaceful purposes.