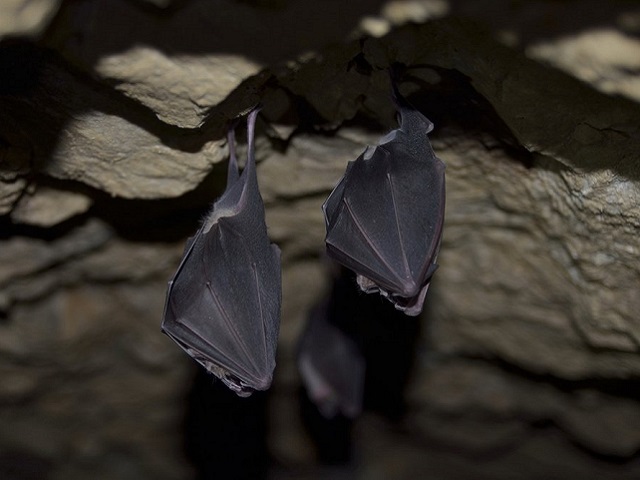 Researchers have discovered the presence of antibodies against the Nipah virus (NiV) in some bat species from a cave in Mahabaleshwar, Maharashtra. The survey was jointly conducted by the National Institute of Virology and the Indian Council of Medical Research (ICMR).

The study found the virus and its antibodies in different bat species. It has been published in the Journal of Infection and Public Health.

• The bats were anaesthetised and then blood, throat, rectal swab samples were collected from them onsite.

• Throat and rectal swab specimens were collected from all the bats.

• Following this, necropsy of ten bats of each species was performed at the containment facility of ICMR and NIV.

• The survey was aimed at studying the prevalence of the Nipah virus (NiV) among the bats of India.

• The RNA was extracted from samples and Anti-NiV IgG antibodies were detected in a number of the samples.

• The researchers found that one bat each from R leschenaultii and P pipistrellus species tested positive for both NiV RNA and anti-NiV IgG antibodies.

• NIV scientist and one of the authors of the study, Dr. Pragya Yadav said that none of the bat species in Maharashtra had previously shown exposure to Nipah.

• NiV activity could not be detected in R. leschenaultii in any of the earlier investigations conducted during the last decade, despite processing several hundred bats including bats from the same location.

The development is significant because the Nipah virus is one of the top-10 global priority list pathogens identified by the World Health Organization (WHO).

Southeast Asian countries and some Indian states have been identified as potential hotspots for the NiV virus.

What is -Nipah virus?

Nipah virus (NiV) is a zoonotic virus that is transmitted through specific types of fruit bats. The virus can both spread between people and also from other animals to people.

However, the spread typically requires direct contact with an infected source. The animal host reservoir for NiV is generally the fruit bat (genus Pteropus).

The initial symptoms of the Nipah virus may include:

Some of the severe symptoms include:

The diagnosis is done based on symptoms and it is confirmed by laboratory testing.

India has so far seen four different outbreaks of the Nipah Virus with a case fatality rate ranging from 65 percent to 100 percent. The 2018 outbreak of the Nipah virus in India had a high mortality rate of 89 percent with 18 people out of the total 19 infected dying of infection.

This outbreak took place in Kozhikode district of Kerala state, which responded to the threat swiftly, immediately isolating patients suspected of having the infection and cordoning off the entire district and its surrounding areas.

The state detected another case of Nipah in a young student in 2019 and it quickly deployed an extensive contact tracing system that was able to quickly test 329 people who had come into contact with the patient. Thus, preventing the further spread of the virus. There were no deaths this time.

The presence of NiV antibodies was also detected during earlier proactive studies in the Mynaguri and Dubri district of Assam and Cooch Behar area of West Bengal, both places situated close to the Bangladesh border.