Louise Gluck made her literature debut in 1968 with Firstborn and was soon acclaimed as one of the most prominent poets in American contemporary literature. 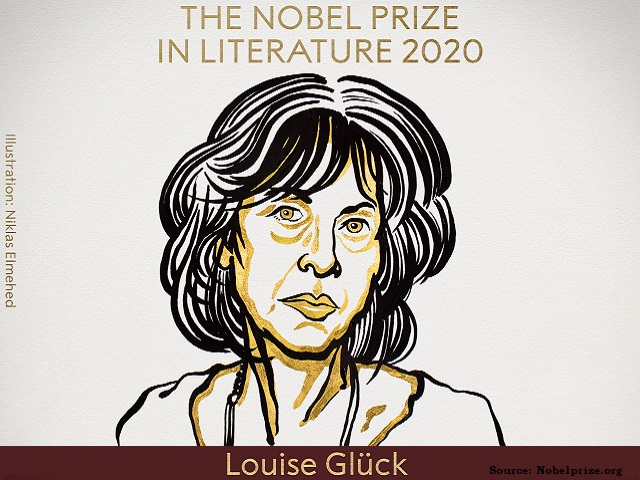 The Nobel Prize in Literature 2020 has been awarded to American poet Louise Gluck for her unmistakable poetic voice that with austere beauty makes individual existence universal.

The American poet Louise Gluck was born 1943 in New York and currently lives in Cambridge, Massachusetts. Besides writing, she is an English professor at Yale University, New Haven, Connecticut.

Louise Gluck's debut literary work was Firstborn, which released in 1968, following which she was regarded as one of the most prominent poets in the contemporary literature of America.

BREAKING NEWS:
The 2020 Nobel Prize in Literature is awarded to the American poet Louise Glück “for her unmistakable poetic voice that with austere beauty makes individual existence universal.”#NobelPrize pic.twitter.com/Wbgz5Gkv8C

Louise Glück has won several prestigious awards including the Pulitzer Prize in 1993 and the National Book Award in 2014.

Louise Gluck: All you need to know!

• Louise Glück has published twelve poetry collections and some volumes of essays on poetry. All her written pieces are characterized by a striving for clarity.

• The main theme of her written work has revolved around childhood and family life and a close relationship with parents and siblings.

The works by 2020 Literature Laureate Louise Glück are characterized by a striving for clarity. Childhood and family life, the close relationship with parents and siblings, is a thematic that has remained central with her.#NobelPrize

• In most of her works, Glück seeks the universal and in this, she takes inspiration from myths and classical motifs.

Louise Glück – awarded this year’s #NobelPrize in Literature – seeks the universal, and in this she takes inspiration from myths and classical motifs, present in most of her works.

• Some of her works including The Triumph of Achilles (1985) and Ararat (1990) found a growing audience in the US and abroad.

• Louise Glück is not only affected by the shifting conditions of life, but she is also a poet of radical change and rebirth, where the forward leap is taken after a deep sense of loss.

• In one of her most popular collections - The Wild Iris (1992), she described the miraculous return of life after winter in the poem ”Snowdrops”. She won the Pulitzer Prize for the literary piece.

• Another one of her works - Averno (2006) is a masterly collection, which is a visionary interpretation of the myth of Persephone’s descent into hell in the captivity of Hades, the god of death.