Ordnance Factory Board to be split into 7 corporate entities: All you need to know!

The Ordnance Factory Board is India’s main producer of weapons and military equipment, which controls 41 ordnance factories. 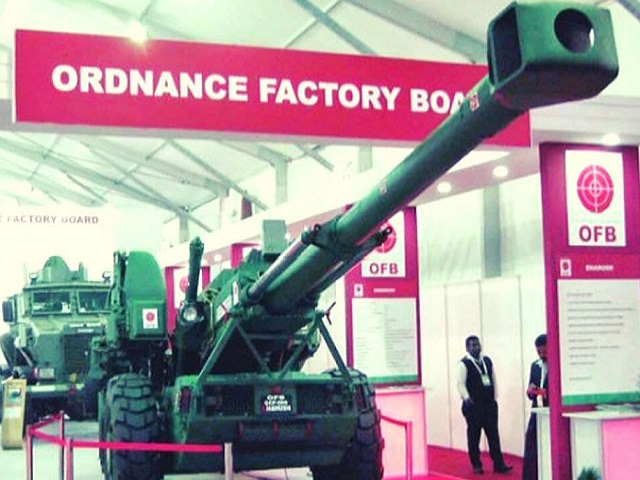 The Union Cabinet, chaired by Prime Minister Narendra Modi, on June 16, 2021 cleared the corporatisation of the Ordnance Factory Board (OFB). Following this, the existing 41 factories under the OFB will be split into seven new corporate entities.

The Ordnance Factory Board will be split into seven government-owned corporate entities that will produce vehicles, ammunition and explosives, weapons and equipment, opto-electronics gear, troop comfort items, parachutes and ancillary products.

Speaking on the development, Defence Minister Rajnath Singh said, "This is a historic step. We have ensured that there will be no change in the service conditions of the employees. It will help improve accountability and efficiency."

What is Ordnance Factory Board?

The Ordnance Factory Board is India’s main producer of weapons and military equipment, which controls 41 ordnance factories. The 240-year-old  Board functions as a subordinate office under the Ministry of Defence,

Why is OFB being corporatised?

• The functioning of the Ordnance Factory Board had come under scrutiny by various high-level committees in the last two decades with the aim of improving their functioning and making them vehicles of self-reliance for defence preparedness.

• The corporatisation and restructuring will transform the ordnance factories into more productive and profitable assets. The move is expected to deepen product specialisation, improve quality and boost performance and cost-efficiency and accountability.

What will be the seven new entities?

The seven new entities include:

1. Ammunition and Explosives group: This group will be mainly engaged in the production of ammunition of various calibres and explosives.

2. Vehicles Group: This group will mainly engage in the production of defence mobility and combat vehicles such as tanks, trawls, BMPs and mine-protected vehicles.

3. Weapons and Equipment group: This group would mainly be engaged in the production of small arms, medium and large calibre guns and other weapon systems. It is expected to increase its share in the domestic market through meeting domestic demand as well as product diversification.

When will the new corporate entities be set up?

The seven new professionally-managed entities are likely to come up by the year-end. They will be modelled after Defence Public Sector Undertakings (DPSUs) such as HAL and BEL and would be established as part of the reforms.

• The new structure is expected to help in overcoming the various shortcomings in the existing system of OFB by eliminating inefficient supply chains and provide the companies with incentives to become competitive and explore new opportunities in the market including exports.

• This restructuring is also expected to transform the Ordnance Factories into productive and profitable assets and deepen specialisation in product ranges, enhance competitiveness, improving quality and cost-efficiency.

• These entities will increase their share in the domestic market through better capacity utilisation and also tap new export opportunities.

The primary consumers of Ordnance Factories are the Indian Armed Forces. The other consumers include the State Police Forces and Central Paramilitary Forces, which rely on the OFB for weaponry, ammunition, clothes, bulletproof vehicles and mine-resistant vehicles.