The Oscars 2020 honored the best movies of last year and the actors, directors, writers among others. 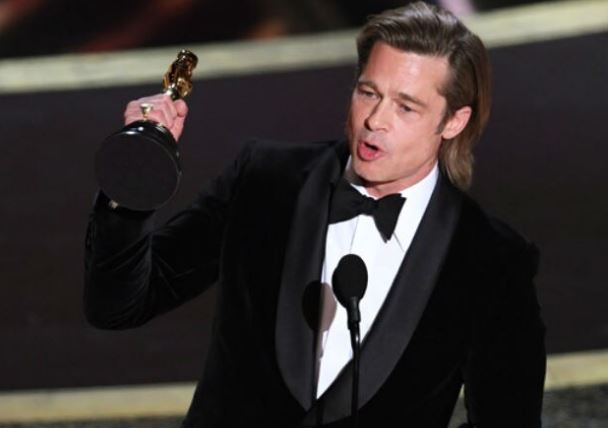 Oscar 2020 in News: The world's most prestigious Film Awards which is known as Oscar Awards, has been announced for the year 2020. The award function held at the Dolby Theater in the city of Los Angeles, USA. Hollywood star Brad Pitt won the Oscar Award at the beginning of the show.

Brad Pitt received the award for Best Supporting Actor for the film 'Once Upon a Time in Hollywood'. Brad Pitt defeated Anthony Hopkins (The Two Pops), Tom Hanks (A Beautiful Day in the Neighborhood) and The Irishman star Al Pacino and Joe Pesci.

Best Actor in a Leading Role

Best Actress in a Leading Role

Best Actor in a Supporting Role

Brad Pitt (Once Upon a Time In Hollywood)

Best Actress in a Supporting Role

Learning to Skateboard in a Warzone (If You are a Girl)

The Academy Awards, also known as the Oscar Awards, are given by the US Academy of Motion Picture Arts and Sciences. It is considered as the world’s prestigious annual awards for the best directors, actors, writers and technicians in the film business. The first ceremony of Oscar award was held on May 14, 1929. The first Best Actor award was given to Emil Jannings for his performances in The Last Command and The Way of All Flesh.

The Oscar trophy is made of black metal-plated Britannium on a black metal base. The statue is 13.5 inches (34 cm) long, 8.5 pounds (3.85 kg) and has the shape of a warrior carrying a sword standing on a film reel.