PM Modi said that these books reflect the universal vision of Dr. Ambedkar. 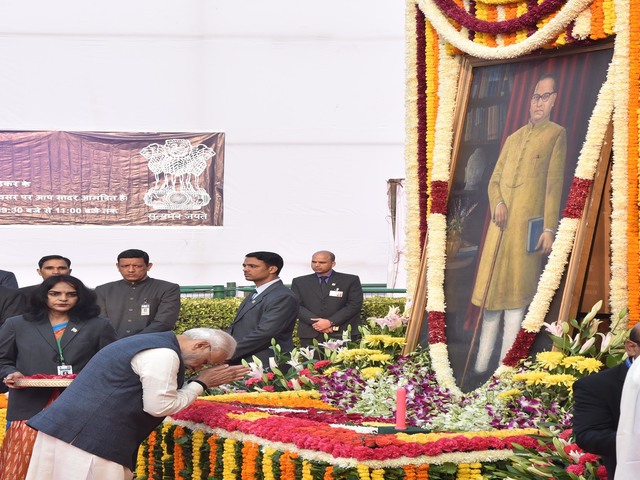 Prime Minister Narendra Modi on April 14, 2021, paid his tribute and celebrated the 130th birth anniversary of Dr. B R Ambedkar during his address at the 95th Annual Meet of the Association of Indian Universities’. The event was conducted through video conferencing. Dr Babasaheb Ambedkar Open University, Ahmedabad, was the host of the event.

Addressing a conference of Vice Chancellors of various universities. https://t.co/PtlY0cfUyu

PM Modi talked about the strong foundation laid by Dr. Ambedkar for independent India to move ahead and his efforts at strengthening the country’s democratic heritage. PM Modi also mentioned that self-respect, knowledge, and politeness were the three pillars of Dr. Ambedkar’s philosophy, and it is our education system’s responsibility now to take forward his philosophy.

PM Modi also spoke about government schemes such as Jandhan, Jal Jeevan Mission, etc that are fulfilling Dr. Ambedkar’s dreams of ‘equal rights and equal opportunity for all’.

April 14 is celebrated as the birth anniversary of Dr. B R Ambedkar.

Dr. B R Ambedkar was the first Law Minister of Independent India, and a social reformer and an economist.

He was bestowed with Bharat Ratna in 1990 and he was the first Indian to earn a Doctorate (Ph.D) degree in Economics from abroad.

He was also the man behind giving ‘Ashok Chakra’ a prominent place in the Indian tricolour flag.