The Prime Minister tweeted saying that the interaction would give first-hand opportunity to hear their experiences as well as feedback. He has urged everyone to watch the interaction. 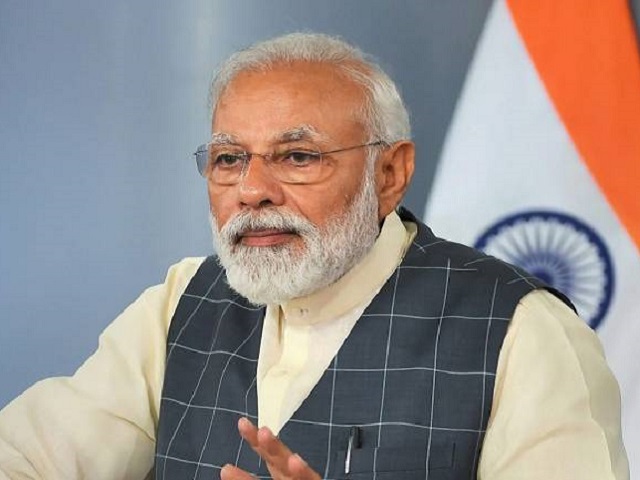 Prime Minister Narendra Modi will interact with the beneficiaries and vaccinators of the Covid vaccination drive in Varanasi at 1.15 pm today through video conferencing. The Prime Minister informed the same through his Twitter account.

The Prime Minister tweeted saying that the interaction would give first-hand opportunity to hear their experiences as well as feedback. He has urged everyone to watch the interaction.

The interaction follows continuous dialogue and discussion between PM Modi and all concerned stakeholders including scientists, political leaders and other officials to ensure smooth conduct of the world’s largest vaccination drive, which is currently underway in India.

This interaction would give first hand opportunity to hear their experiences as well as feedback. I would urge you all to watch tomorrow’s interaction.

• Lakhs of health workers have already been vaccinated but and the government data shows that there has been an increase in daily immunisations after the drive was seen to be losing steam due to vaccine hesitancy and technical glitches.

• The immunisation numbers on January 20 were the highest in a single day with almost 230,000 frontline/ healthcare workers getting the vaccine shots.

• The highest before this was around 200,000 doses, which was administered on the day of the launch on January 16.

The Union Health Minister, while addressing issues related to vaccine hesitancy recently had assured that COVID-19 vaccines are completely safe and effective and they will prove to be the last nail in the coffin of the COVID-19 virus.

He said this while releasing the communication creatives prepared by Health and Family Welfare Ministry. He informed that over eight lakh people have been vaccinated in the country and very few cases have shown side effects. He also stated that few side effects are common after any vaccination.

In Varanasi, which is PM Modi's Lok Sabha constituency, the COVID-19 vaccination drive was launched at six centres and the first shot was administered at the Sir Sunderlal Hospital of Banaras Hindu University (BHU) centre.