Pro-tem Speaker: Santosh Gangwar, one of the most Senior-most Lok Sabha members, is likely to be appointed as Pro-tem Speaker, who administers oath of the office and secrecy to the newly elected MPs. 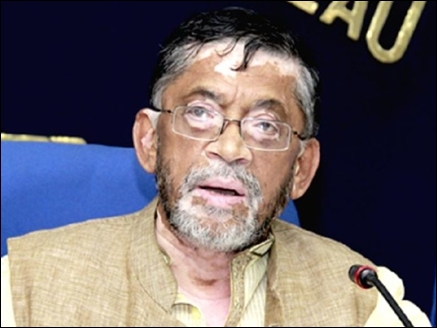 Ganwar's appointment as the Pro-tem Speaker came to light through the tweet of Keshav Prasad Maurya, Deputy CM of Uttar Pradesh. However, the tweet was later removed. Here is the tweet:

Gangwar was elected for his 8th term from the Bareilly constituency of Uttar Pradesh. He became a Lok Sabha member in 1989. He has been elected as the Member of Parliament (MP) for 6 consecutive terms since 1989; had lost the elections in 2009; and returned as Lok Sabha MP in the 2014 elections.

Why not Maneka Sanjay Gandhi?

Union Minister Maneka Sanjay Gandhi shares equal distinction with Gangwar; however, there is a possibility of her appointment in the new Council of Ministers. Gandhi has been elected for her 8th term in Lok Sabha from Sultanpur constituency of the Uttar Pradesh in the 2019 General Elections.

Congress leader Kamal Nath was appointed as the Pro-tem Speaker in the 16th Lok Sabha in 2014.