Rahul Dravid will be leading the Indian limited-overs team during the Sri Lankan tour, as the regular coaching trio including head coach Ravi Shastri, bowling coach Bharat Arun, batting coach Vikram Rathour and fielding coach R Sridhar will be in England with the Indian Test team. 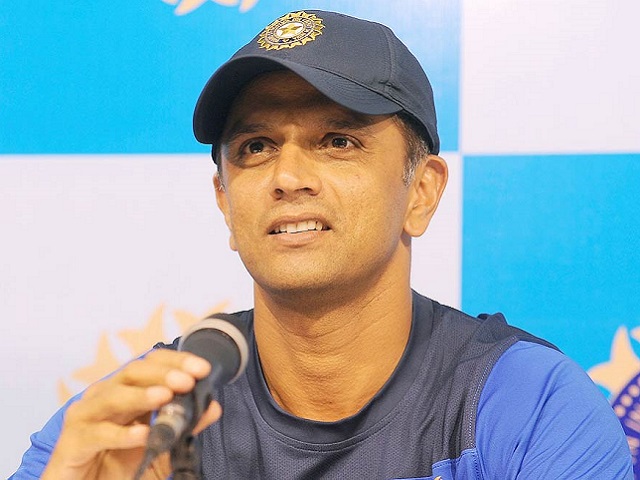 Former India skipper Rahul Dravid will coach Team India in their limited-overs matches in Sri Lanka in July 2021. India is scheduled to play a six-game series against Sri Lanka.

This will be the second time that Rahul Dravid will work with the Indian team, as he has previously worked as their batting consultant during the England tour in 2014.

Rahul Dravid will be leading the Indian limited-overs team during the Sri Lankan tour, as the regular coaching trio including head coach Ravi Shastri, bowling coach Bharat Arun, batting coach Vikram Rathour and fielding coach R Sridhar will be in England with the Indian Test team.

•India is scheduled to play three T20Is and three ODIs in Sri Lanka between July 13 and 27. The Indian squad for the tour is yet to be announced.

•The squad is likely to comprise a lot of new faces, younger players as almost 20 of the senior players will be in England including skipper Virat Kohli.

•They will be selected by the end of May, as the team will need to undergo quarantine in Sri Lanka before playing the three ODI and three T20I games.

•Rahul Dravid is the best choice to guide the young team, as he has previously worked with India 'A' team and the U-19 team.

•The National Cricket Academy (NCA) head will be accompanied by other NCA members including Paras Mhambrey, former India pacer who will serve as the bowling coach.

•Mhambrey has also been in charge of the India A and Under 19 teams as their bowling coach.

Why won't senior players be a part of India's Sri Lanka tour?

The senior players led by Virat Kohli will be in England during the same time along with head coach Ravi Shastri to play the World Test Championship Final against New Zealand, which will be held in Southampton from June 18 to 22.

The team is scheduled to play a five-Test series against England after the World Test Championship.

Rahul Dravid has worked very closely with a current lot of youngsters in the Indian team at the U-19 level as well as in the India 'A' team.

He has played an integral role in building solid bench strength for the national team over the last couple of years by taking charge of the U-19 and 'A' team in 2015. He was appointed as the head of the National Cricket Academy in 2019.