Rajnath Singh has become the first Defence Minister to fly indigenously-built fighter aircraft Tejas. Know all about it.

Rajnath Singh posted pictures of himself in the G-suit on twitter with a caption that read, “All set for the day!” 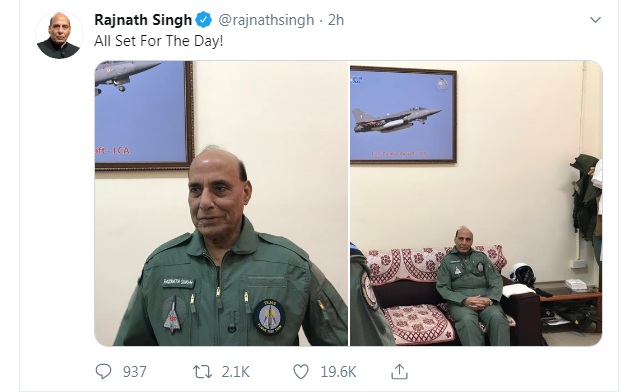 The Defence Minister was accompanied by Air Vice Marshal N Tiwari, who is also the Project Director at the National Flight Test Centre, ADA (Aeronautical Development Agency) in Bengaluru. The Defence Minister flew a 30-minute sortie in the twin-seater version of Tejas. Before the sortie, the Minister was acquainted with the air prowess of the ‘Made-in-India’ combat jet, its controls, avionics and radar in the glass cockpit and its weapons. The move gives a huge boost to the officers who have been involved in the development of the "indigenously-made Tejas" and also the IAF officers who will be flying it. 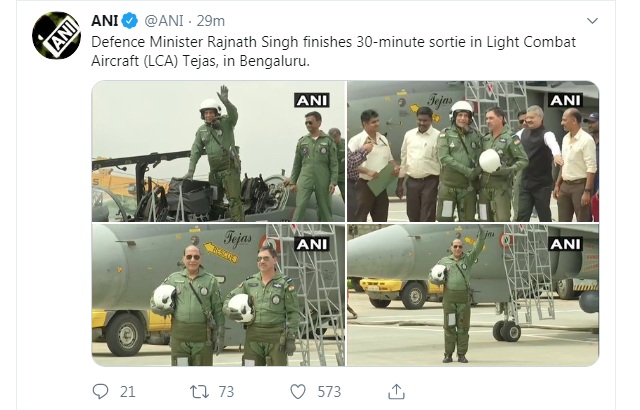 Post his sortie, the Defence Minister said that his flight was smooth, comfortable and an exhilarating experience. "I was enjoying. I want to congratulate HAL, DRDO and several concerned agencies. We have reached a level where we can export fighter planes across the world," the Defence Minister stated. 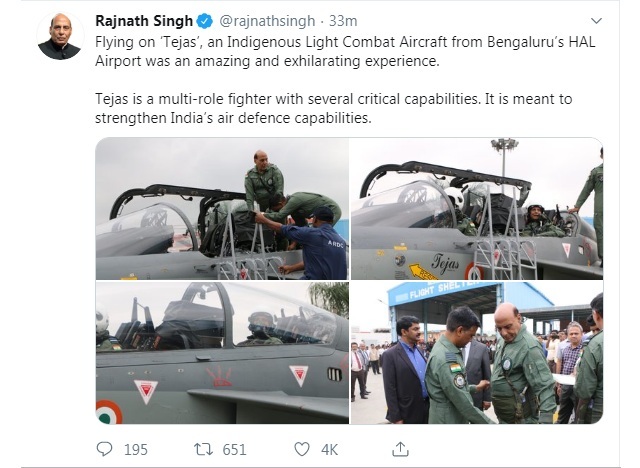 Tejas combat aircraft has been designed and developed by the Aeronautical Development Agency (ADA) of the state-run Defence Research and Development Organisation (DRDO). It was built by Hindustan Aeronautics Ltd (HAL).

Tejas is a light combat aircraft (LCA) that uses fourth-generation technology, which is primarily configured for maneuverability and agility. The aircraft is equipped with a digital fly-by-wire flight control system to ease the handling. This would help pilots to carry out other critical activities without worrying about the aircraft deviating from its flight path. 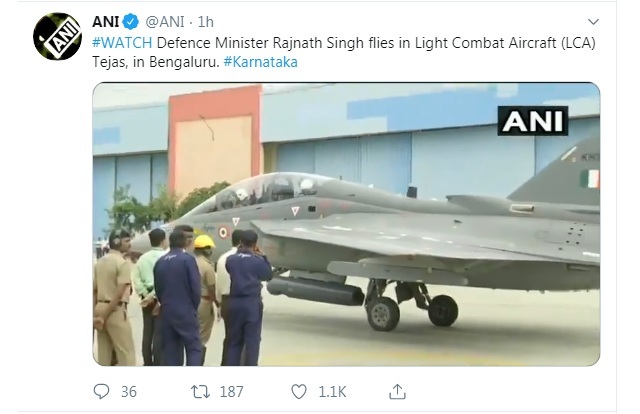 Tejas became the first Indian aircraft to successfully carry out “arrested landing” on September 13 thus, demonstrating its ability to land onboard an aircraft carrier. This gives a major boost to the development of the naval version of the aircraft.

The naval version of the light combat aircraft Tejas is currently in the development stage. The IAF has already inducted a batch of Tejas aircraft.

The IAF had earlier placed an order for 40 Tejas aircraft with HAL but last year it issued a request for proposal to HAL for the procurement of another batch of 83 Tejas aircraft at a cost of over Rs 50,000 crore.