Rabindra Nath Mahato was unanimously elected as the Speaker of the Jharkhand Legislative Assembly. 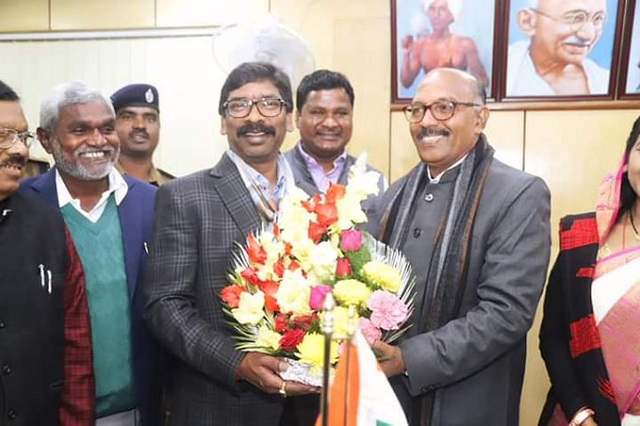 Rabindra Nath Mahato was unanimously elected as the Speaker of the Jharkhand Legislative Assembly on January 7, 2019.

The Jharkhand Mukti Morcha (JMM) MLA was administered the oath of the office by pro-term Speaker Stephen Marandi. The pro-term speaker had earlier sworn in all the newly-elected MLAs in the 81-member Jharkhand Assembly on January 6, 2020.

Rabindra Nath Mahato's name was proposed for the speaker post by Jharkhand CM Hemant Soren. JMM MLA Champai Soren had supported the proposal during the second day of the three-day assembly session.

The CM wished the newly elected Speaker on taking up the new post, while Ravindra Nath Mahto expressed his gratitude towards the assembly members for his election for the post.

Speaking on his appointment, the new Jharkhand Assembly Speaker Mahto said that he is ready to take up the new responsibility as the state assembly speaker. He said that he will ensure the sanctity of the post and treat both the ruling and opposition members equally.

During the second day of the Jharkhand Assembly Session, Governor Draupadi Murmu emphasized on the conservation of land, water and forests to bring overall development of the state. The supplementary budget worth Rs 4,210 crore was also tabled in the assembly by CM Hemant Soren.

The JMM-Congress-RJD pre-poll alliance stormed to power in Jharkhand with a win over 47 seats in the 81-member state assembly on December 23, 2019. The BJP’s seat share was reduced to 25, while the JVM won 3 seats, AJSU won 2 and the CPI-ML and NCP won 1 seat each.

Ravindra Nath Mahto won from Nala constituency in the Jharkhand Assembly Polls 2019. Mahato was elected for the first time from the same constituency in 2005 but he lost the seat in the subsequent elections. He won it back in 2014, following it up with his win in 2019.

The Jharkhand Assembly Polls 2019 were held in five phases between November 30 and December 20, 2019.