The ambit of the Right to Privacy is no more limited to search and seizure at the physical level as construed a few decades ago. With the ever growing presence of individuals and the corporate in the digital sphere, it is high time to define the role of the state vis-à-vis citizen in matters of privacy. 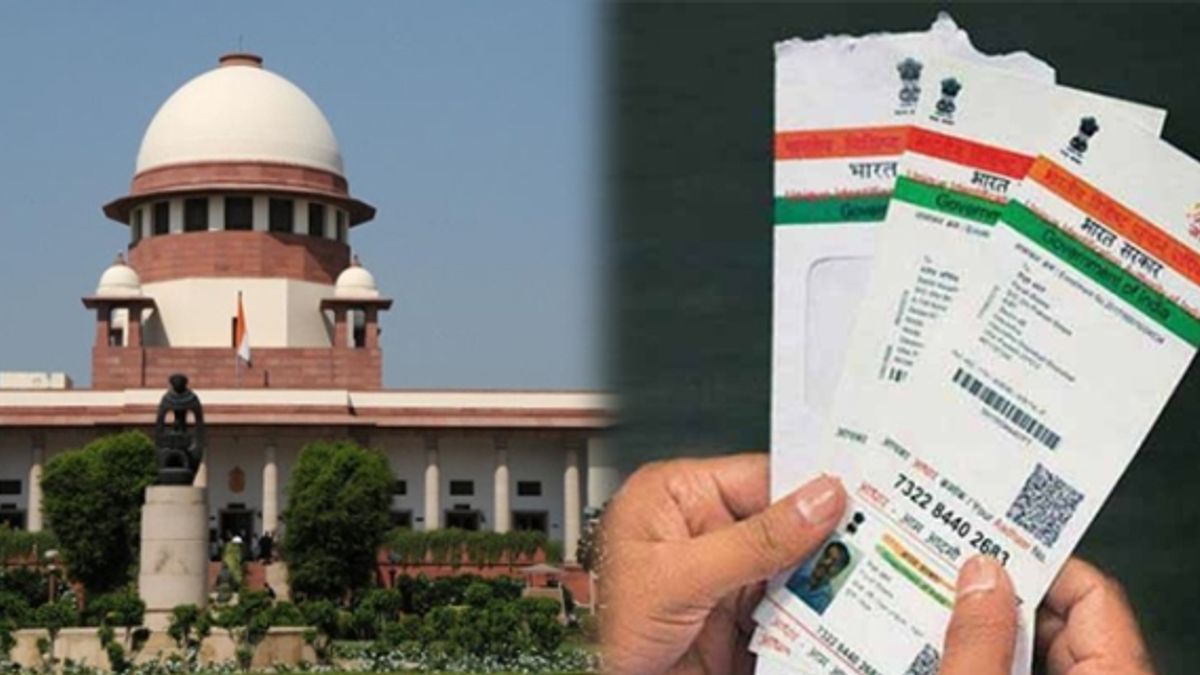 i. Whether there is any “right to privacy” guaranteed under our Constitution?

ii. If such a right exists, what is the source and what are the contours of such a right as there is no express provision in the Constitution delineating it?

In October 2015, a five-member Constitution Bench of the Supreme Court (SC) was formed under the Article 145 (3) of the Constitution. The bench primarily dealt with the Justice K S Puttaswamy (Retd.) & Vs Union of India & Others case, which raised objections against the Aadhaar Card Scheme. The petitioners argue that making the Aadhaar enrollment as a precondition to avail social security benefits (Read with the Aadhaar Act, 2016) is unconstitutional as it encroaches upon the citizens’ right to privacy.

As per the petitioners, Aadhaar enrollment requires the submission of demographic and bio-metric information and thus, it violates individuals to right to privacy.

Why a ‘9-member Constitutional Bench’ was formed by the apex court?

The 5-member Bench referred the matter to a larger 9-member Constitutional Bench to decide the matter once and for all. The 9-member Bench primarily looks into an apparent unresolved contradiction in the directives of the apex Court (in relation to the Right to Privacy) in different times by benches of different strengths.

While an eight-member judge bench of the Supreme Court, led by the then Chief Justice MC Mahajan in 1954, held that the Right to Privacy is not recognised by the Constitution makers as a fundamental right, and so there is no need to strain to make it one.

This judgment was delivered in the MP Sharma Vs Satish Chandra case which was further reinforced in the Kharak Singh Vs State of U.P. Case in 1963.

These two judgments had dominated the top judiciary’s view on the issue of right to privacy for decades. Unequivocally, both judgments concluded that privacy was neither a fundamental nor a guaranteed right.

In subsequent years, though several smaller Benches of two judges have held that privacy is indeed basic to the Constitution, the arithmetical supremacy of the MP Sharma (8-judge) and Kharak Singh (6-judge) cases had so far ensured that they held fort.

For instance, in the R Rajagopal Vs State of Tamil Nadu (1994) case, which is popularly known as Auto Shanker’s case and People’s Union for Civil Liberties (PUCL) Vs Union of India case of 1997, the apex court declared that the Right to Privacy is a fundamental right as enshrined in the Constitution.

Why the Right to Privacy is an inalienable right?

1. Right to Privacy is an inalienable part of the Article 21 of the constitution. Further, as India is a signatory of the Universal Declaration of the Human Rights of the UN, in which the right to privacy is a part, she should respect it.

2. Its breach is an anathema to Democracy as the privacy is a sine qua nun for self expression.

3. Since the state agencies are equipped with powerful surveillance apparatus, the personal data (like bio metrics) are prone to be misused by the ‘elite’ in the political and administrative set up against their opponents.

4. Though the intent of the policy makers to ‘know’ their citizens better is bona fide, the lower level bureaucracy may misuse the data for petty gains.

1. The right has no legal standing as it is nowhere mentioned in the Constitution of India.

2. When citizens/residents have nothing to hide, what is the problem in subsuming their privacy to legitimate institutions for greater good of the country?

3. Instead of terming it as a breach of privacy, the initiatives should be understood as the government’s genuine effort to know their citizens in a better way which is essential for efficient allocation of scarce resources to the needy population in a diverse country like India.

4. Most importantly, no right is absolute. This principle is applicable to the ‘Right to Privacy’ also.

What is the significance of the Case to citizens?

The ambit of the Right to Privacy is no more limited to search and seizure at the physical level as construed a few decades ago (1954 MP Sharma Case). With the growing presence of individuals and the corporate in the digital sphere, coupled with the ‘monopoly’ of the government over the internet, it is high time to define the role of the state vis-à-vis citizen in matters of privacy.

For instance, the UIDAI filed a police complaint on 15 February 2017 against Axis Bank Ltd and e-sign provider eMudhra by alleging that they had attempted unauthorized authentication and impersonation by illegally storing Aadhaar biometrics.

Though instances of extreme encroachments on citizen privacy have not been reported in India so far, taking a cue from the international experiences like-NSA’s surveillance of citizens as revealed by Edward Snowden in the post 9/11 period and Rupert Murdoch-led tabloids snooping in the UK show how vulnerable citizens’ privacy in the modern society.

The Constitution of India begins with and represents We the People. Nevertheless, citizens should understand that even in  a democracy, no right is absolute and they have to subsume a part of their rights to enable the government to function in an effective manner.

On the other hand, the government should show restraint while dealing with citizens’ private space and must establish credible procedures to deal with instances of breach of privacy for illegitimate reasons.