Robert Mugabe: The former Zimbabwe President will be remembered as a key figure in Africa’s liberation movement and struggle against colonialism. 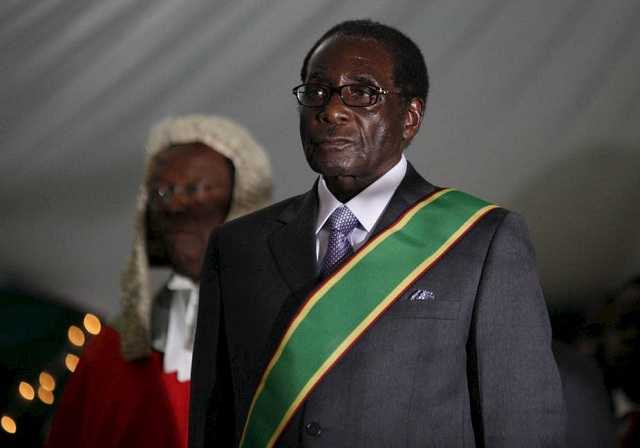 Robert Mugabe: Robert Mugabe, former Zimbabwe President passed away at the age of 95 on September 6, 2019. Robert Mugabe had ruled Zimbabwe for almost four decades before he was ousted from power in a military coup two years ago.

Robert Mugabe passed away in a hospital in Singapore, where he had been received medical treatment since April 2019. Current Zimbabwe President announced Robert Mugabe’s death by tweeting, “It is with the utmost sadness that I announce the passing on of Zimbabwe's founding father and former President, Cde Robert Mugabe.”

Robert Mugabe had ruled Zimbabwe since its independence from the British rule in 1980. Mugabe will be remembered as a key figure in Africa’s liberation movement and struggle against colonialism. Mugabe held on to his power for nearly four decades, until he was ousted in a coup by his own army.

Robert Mugabe, born on February 21, 1924, entered politics in 1960. He was jailed four years later for opposing the British rule. During his jail term, Mugabe’s infant son passed away due to malaria in Ghana in 1966 and Mugabe was denied parole to attend his funeral.

Following his release from jail, Robert Mugabe rose to the top of the Zimbabwe African National Liberation Army guerrilla movement. He had earned the reputation as the “thinking man's guerrilla".

Robert Mugabe served as the Prime Minister of Zimbabwe from 1980- 1987 and as the President from 1987 to 2017. He belonged to the Zimbabwe African National Union-Patriotic Front (ZANU–PF).

Mugabe was known as the champion of racial reconciliation when he first assumed power in a nation that was divided by nearly a century of white colonial rule.

However, after 2000, his health started deteriorating and the economy of Zimbabwe started seeing a downfall. Many people had come to see Mugabe as power-obsessed, as someone who would rig elections and let the economy take a downfall due to his unrelenting pursuit of power. Zimbabwe witnessed unrest, an increase in poverty and hyperinflation during this period.

Robert Mugabe was ousted from the post of President by his own armed forces in November 2017. Mugabe was forced to resign and his resignation was celebrated by millions of people across the country. Mugabe, however, considered the coup as an "unconstitutional and humiliating" act of betrayal by his party and people.

After the incident, Mugabe turned bitter against his party and remained like that till the end. In fact, during the first elections that were conducted without him last year, Mugabe said that he would vote for the opposition.

Mugabe’s ouster, however, failed to revive Zimbabwe's economy and the nation is currently facing its worst economic crisis in a decade with inflation rising up to almost triple digits. The rolling power cuts and shortage of US dollar and basic goods has brought back memories of 2009 when the nation was forced to ditch its currency due to hyperinflation.