RuPAY card: List of countries where you can use it! 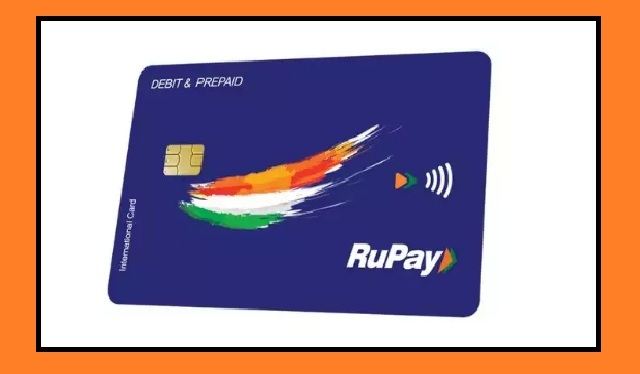 RuPAY card: India signed an agreement with Saudi Arabia on October 29, 2019 to launch the RuPAY card in the country. An MoU was signed to formalize the same between the National Payments Corporation of India (NPCI) and Saudi Payments.

The agreement was signed during the visit of Indian Prime Minister Narendra Modi to Saudi Arabia on October 29, at the invitation of King Salman. This would make Saudi Arabia the third Gulf nation to initiate India's digital payment system.

The move is expected to benefit the Indian population living in the nation and also the various Haj and Umrah pilgrims. The RuPAY card has already been launched by India in four countries– UAE, Bahrain, Singapore and Bhutan.

What is RuPAY card?

The RuPay card is the first-of-its-kind Indian domestic debit and credit card payment network. It is accepted at ATMs, POS devices as well as the various e-commerce websites.

The payments card was launched in 2012 by the National Payments Corporation of India (NPCI). It was created fulfil the RBI’s vision of having a domestic, open and multilateral system of payments. It was formally dedicated to India by the then Indian President Pranab Mukherjee in May 2014.

Initially, the card was tentatively referred to as India Pay. The name ‘RuPAY’ was finalised after years of planning. The NPCI created the card as an alternative to Mastercard and Visa cards.

In India, almost 90 percent of the credit and debit card transactions are domestic. Hence, RBI in its vision document of 2009-12 had highlighted that there is a need for such a payment system, as the Indian banks have to bear the high cost of affiliation with international card association schemes like Visa and Mastercard.

The RuPAY card enables electronic payment at all Indian banks and financial institutions. The cost per transaction is low with RuPAY card in comparison to the foreign card schemes. The payment system is also highly secure and protects users against cyberhacks.

Besides this, NPCI has tied up with International companies like Japan Credit Bureau, China Union Pay and Discover to boost the RuPAY card scheme’s international acceptance.

RuPAY card: List of countries where you can use it

The RuPAY card scheme was first launched in Singapore in May 2018 by Prime Minister Narendra Modi. The launch happened simultaneously with the launch of related services such as UPI and BHIM by the NPCI.

The RuPAY cards were first issued in the country by the State Bank of India, Singapore. The RuPAY card payments system was linked to Singapore’s 33-year-old NETS system, enabling the RuPay users to make payments at all NETS acceptance points across Singapore.

To enable smooth functioning of the payments system in cross border transactions, the RBI and the Royal Monetary Authority of Bhutan (RMA) announced that they would integrate the financial switches of the two countries.

Post this, the RuPay cardholders in Bhutan will be able to use their cards across all ATMs and POS terminals in the nation.

Soon, the Bhutanese banks will also issue RuPay cards, which will allow Bhutanese cardholders to access the RuPay network in India.

The UAE was the first country in the Middle East to witness the launch of the RuPay card during the visit of PM Narendra Modi. The RuPAY card was launched in the Gulf nation in August 2019 after the signing of a MoU between the National Payments Corporation of India and UAE's Mercury Payments Services.

Three banks in the UAE – Emirates NBD, Bank of Baroda and First Abu Dhabi Bank will soon begin issuing the RuPay card. The acceptance of the RuPAY card in the UAE will lower the charges for the Indian tourists visiting the nation, as they will be saving on the exchange rate.

The National Payments Corporation of India signed an MoU with the National Electronic Payments Network (BENEFIT) of Bahrain to felicitate the launch of the RuPAY card in the Gulf nation. The agreed would enable Indians working in the nation to send money home in Indian Rupee using RuPay cards.[

Saudi Arabia has now become the fifth country where the RuPAY card has been launched. In the Middle East, it is the third nation to welcome the RuPAY card.

The move is expected to benefit the Indian pilgrims visiting Mecca and also those already living in the nation. Over 2.6 million Indians are working in Saudi Arabia and over two lakh Haj pilgrims from India visit Saudi Arabia every year.