Sanchari Vijay had suffered a grievous head injury after the motorcycle accident and was not responding to the treatment. He was declared brain dead on June 14 by the doctors. 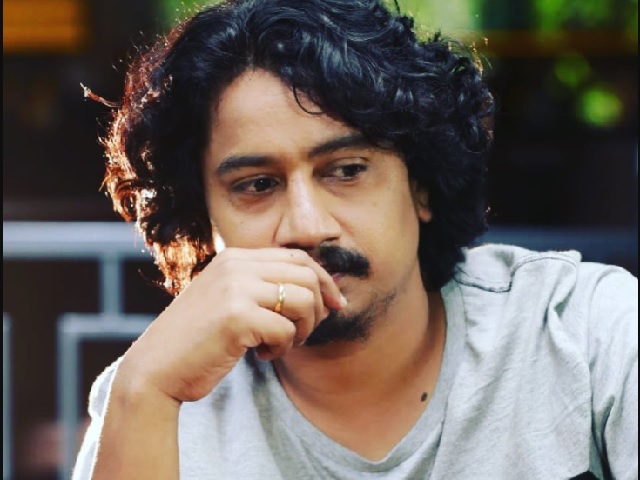 National Award-winning actor Sanchari Vijay passed away on June 15, 2021, at the age of 38. The Kannada actor met with a road accident on June 11 in Bengaluru and suffered serious head injuries.

The actor who was declared brain dead on June 14, was admitted to the Intensive Care Unit (ICU) of the Apollo Hospital in Bengaluru.

The hospital via an official statement informed that Sanchari Vijay passed away on June 15 at 3.34 am. The Apollo Hospital also extended its heartfelt condolences to the family, friends, and to fans of the late superstar.

The award winning actor had suffered a grievous head injury after the accident and was not responding to the treatment. The family has decided to donate his heart, kidney, and other organs.

The last rites of the movie star, known for his award-winning role in the movie ‘Naanu Avanalla Avalu’, will likely be conducted at his hometown Panchanahalli in Kadur Taluk on June 15.

Kannada actor met with a motorcycle accident while he was returning home from his friend’s place. The actor’s condition was critical and he was being treated at a hospital in Bengaluru.

He had sustained serious injuries in the right portion of the brain and in the thigh region. The actor was moved to the Intensive Care Unit (ICU).

As per the doctors, the health condition of Sanchari Vijay was critical and he was not responding to the treatment. He had a blood clot in the brain and the doctors had performed the surgery. However, on June 14, the doctors declared him brain dead and on June 15, he ultimately succumbed.

•  Sanchari Vijay had made his acting debut with the 2011 film ‘Rangappa Hogbitna’. The comedy-drama film was directed by ML Prasanna and revolved around an ailing old man.

•  The debut was followed by a minor role in ‘Rama Rama Raghu Rama’ before Vijay received recognition for his performance in ‘Dasavala’.

•  Sanchari Vijay had also received praise for his performances in ‘Nathicharami’ and ‘Killing Veerappan’.

•  Vijay had training on stage from Sanchari Theatre, a culture center with its own drama troupe, in Bengaluru.

The late actor hailed from Chikmagalur, a town in Karnataka. Sanchari Vijay’s father was an actor and his mother was a folk singer. As a child, he also played minor roles on stage.

After graduating with the Bachelor of Engineering degree, Sanchari Vijay also worked as a lecturer in a college before moving to Bangalore and taking up stage acting professionally.

Sanchari Vijay also worked as a voice-over artist and lent his voice to an audiobook dedicated to Jnanpith Awardee Girish Karnad. Apart from acting, he also tried his hand at singing and had sung ‘Dumtaka’ for a Kannada movie ‘Riktha’.

During the Coronavirus lockdown period, Sanchari was associated with Usire team. He provided oxygen for the patients and also amplified information about the COVID-19 resources through his social media handles.