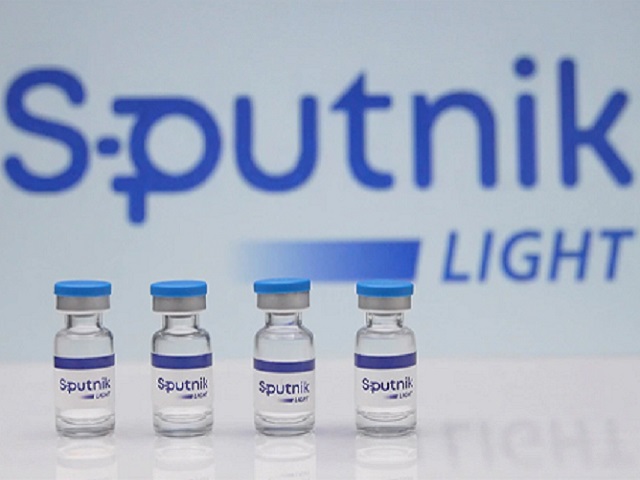 Russian developers of the Sputnik V vaccine informed on May 6, 2021 that a single dose of Sputnik Light vaccine demonstrated 79.4 percent efficacy against COVID-19. They added that it is also effective against all new strains of COVID-19.

The Russian Direct Investment Fund (RDIF) said in a statement that "the single-dose Sputnik Light vaccine demonstrated 79.4 percent efficacy according to analyzed data taken from 28 days after the injection was administered. An efficacy level of near 80 percent is higher than that of many two-dose vaccines."

The RDIF is Russia's sovereign wealth fund, which was established in 2011. It is currently funding and marketing the Russian vaccine abroad.

•The single dose of Sputnik Light has proven to be effective against all new strains of coronavirus. This was demonstrated by the Gamaleya Center, during laboratory tests.

•The efficacy rate of the dose was calculated on the basis of the data obtained from the Russians who have been vaccinated with a single dose and have not received the second one for some reason or other during the mass vaccination programme that was undertaken between December 5 and April 15.

•On February 21, a global study of the Sputnik Light vaccine was launched by the Gamaleya Center. The Phase III clinical study involved around 7,000 people from multiple countries including Russia, Ghana and the UAE.

•The Sputnik Light vaccine is based on a well-studied human adenoviral vector platform, which has proven to be safe and effective, as per RDIF. It has received emergency use authorization in Russia, as per the Russian Ministry of Health, the RDIF and the Gamaleya National Research Center of Epidemiology and Microbiology.

•Till May 5th, over 20 million people across the world have received the first injection of the Sputnik V vaccine containing the first component.

What is the cost of Sputnik Light Vaccine?

The cost of the Sputnik Light vaccine globally is less than USD10.

What are its storage requirements?

The vaccine requires basic simple storage requirements. It can be kept at 2-8 degrees, which ensures easy logistics.

Since a single shot of the vaccine is proving to have large efficacy against COVID-19, this would pave way for vaccination of large groups of the population in a short period of time, helping speed up the battle against the pandemic during the acute phase.

According to the Director of the Gamaleya National Research Center of Epidemiology and Microbiology, Alexander Gintsburg, Sputnik Light offers strong value in initial vaccination and re-vaccination and boosts efficacy when taken in combination with other vaccines.

Alexander Gintsburg further stated that the Sputnik Light component will help to prevent the spread of coronavirus through the faster immunization of larger population groups. It would also support high immunity levels in those who have already been infected previously.