Soma Roy Burman is the 7th woman to be appointed as the Controller General of Accounts. 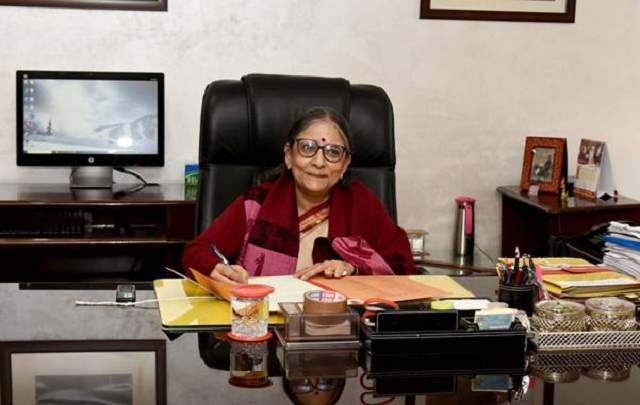 Soma Roy Burman took charge as the 24th Controller General of Accounts (CGA) in the Finance Ministry’s Department of Expenditure on December 1, 2019.

In her 33-year-long career, Burman has held several positions at different levels in the Union Ministries.

• Soma Roy Burman is a 1986-batch Indian Civil Accounts Service officer. She has done M.Phil in Mathematical Statistics from the Delhi University.

• Burman previously served as the Additional Controller General of Accounts in the CGA office.

• In the position, she took care of crucial aspects of accounting such as financial reporting, accounting rules, policy and reforms, data analytics, cash and budget management.

• She has also headed the Central Pension Accounting Office (CPAO) as the Chief Controller of Pension. She also served as the Director of the Institute of Government Accounts and Finance (INGAF) in New Delhi.

• Soma Roy Burman has also held important portfolios in the central government such as Deputy Secretary/Director in the budget division of the Economic Affairs Department and Joint Secretary and Financial Adviser in Home Ministry’s National Intelligence Grid.

• She has also served as the Director in the office of Comptroller and Auditor General (CAG) of India.

• She has also been active in formulating wide-ranging reforms to strengthen Public Financial Management in the Union Government.

Who is Controller General of Accounts?

The Controller General of Accounts is the principal advisor to the Union Government on accounting matters. The CGA is responsible for establishing and managing a sound management accounting system.

The CGA is also responsible for the preparation and submission of the accounts of the Union Government and exchequer control and internal audits.