SpaceX launched the Starlink 28 mission comprising another set of 60 Starlink satellites into orbit, marking the 13th Starlink launch of the year 2021. Read all you need to know about SpaceX’s Starlink Satellites. 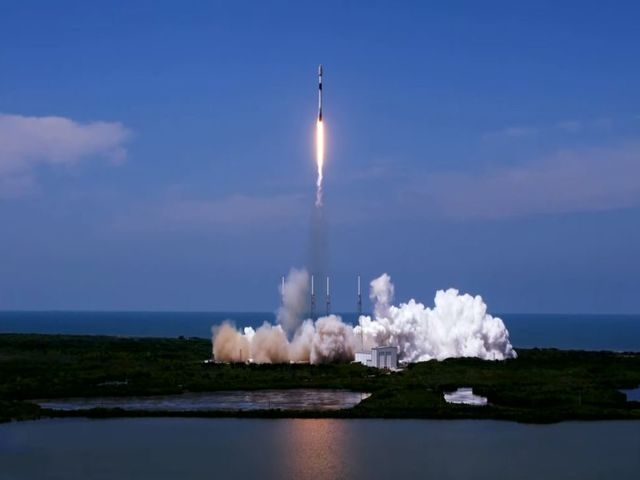 SpaceX Falcon 9 rocket on May 26, 2021, launched the Starlink 28 mission comprising another set of 60 Starlink satellites into orbit from Space Launch Complex 40 at Cape Canaveral Space Force Station in Florida, marking the 13th Starlink launch of the year 2021.

• Starlink 28, the 13th Starlink launch of the year 2021 is unique because SpaceX has used its newest boosters to launch the satellites into orbit.

• Starlink 28 mission marked the fourth successful liftoff of Starlink satellites by SpaceX within a month on one of its 229-foot-tall (70 meters) Falon 9 rockets.

• Usually, the first stage of launch vehicles does not land back after a launch. SpaceX has been developing a reusable launch system for space vehicles.

Why is Starlink satellite placed in Earth’s low orbit?

• The Starlink satellites are placed in Earth’s low orbit to avoid the issue of time lag also called latency between the user and the server. Longer the distance from the Earth, the greater the time lag.

• Earth’s low orbit is at a height of less than 1000 kilometers. Satellites in the low orbit of Earth move in sync with Earth’s rotation. This means the satellites also orbit the Earth in 24 hours.

• SpaceX, owned by Elon Musk has developed a network of satellites called Starlink broadband satellites which the company launches into the orbit of Earth to provide internet coverage from space to Earth.

• The Starlink satellites' orbit is placed at a relatively low orbit of 340 miles. The Starlink orbit is slightly higher than the International Space Station (ISS) but below the orbits of terrestrial satellites.

• The Starlink satellites are launched on the Falcon 9 rocket that has also been engineered by SpaceX. It is the world’s first reusable rocket built for the transportation of people and supplies to Earth’s orbit.

• SpaceX is building a constellation of Starlink internet satellites. So far, the company has launched 1,737 Starlink satellites into orbit. SpaceX has already obtained approval from the US Federal Communications Commission (FCC) to launch 12,000 satellites into Earth’s low orbit.

• The company had informed that it would require at least 1,440 Starlink satellites to activate the commercial service. The company is in process of rolling out the services by the end of this year. So far, 500,000 users have signed up for the Starlink services via the company’s website.