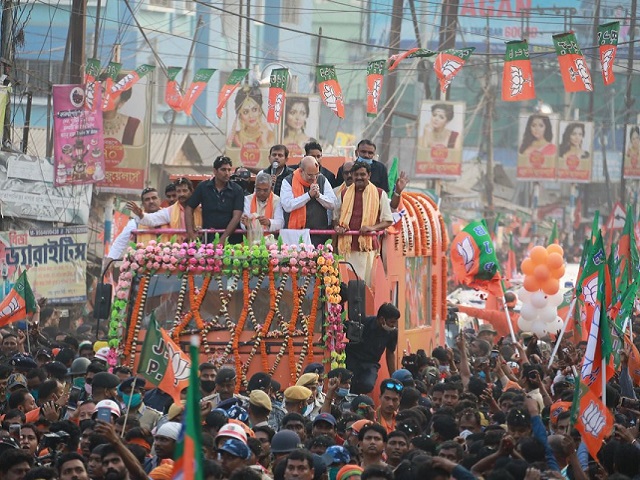 Election Commission has banned any kind of roadshow including pad-yatra and cycle, bike and vehicle rallies in West Bengal effective from immediately in the wake of non-adherence to the COVID protocols by many political parties.

The Election Commission in an order issued on April 22, 2021 also stated that public meetings beyond the limit of 500 persons will not be allowed in the state.

The new restrictions will continue to remain in place till the conclusion of the assembly polls. This comes as India has been recorded record high daily cases of COVID-19.

Earlier on April 22nd, the Election Commission had turned down appeals from some leaders to club together with the remaining three phases of the polls.

•The West Bengal Chief Minister cancelled all pre-scheduled poll meetings after the Election Commission banned roadshows and vehicle rallies for the remaining phases on April 22nd.

In the wake of upsurge in #COVID19 cases across the country and the ECI Order dated 22nd April, 2021, I am cancelling all my prescheduled meetings and we will reach out to the people virtually.

We will be sharing the updated schedule of the virtual meetings shortly.

PM Narendra Modi also announced on April 23rd that he will be cancelling his West Bengal visit scheduled for today as he will be chairing high-level meetings in Delhi to review the prevailing COVID-19 situation.

Tomorrow, will be chairing high-level meetings to review the prevailing COVID-19 situation. Due to that, I would not be going to West Bengal.

The prime minister was scheduled to address four public meetings across four districts and 56 assembly constituencies.

The state conducted its sixth phase of polls on April 22nd and the voting for the two remaining phases will be held on April 26th and April 29th.