Stygarctus Keralensis- the new species- is the first taxonomically described marine tardigrade from the Indian water, which makes the latest discovery a significant one. 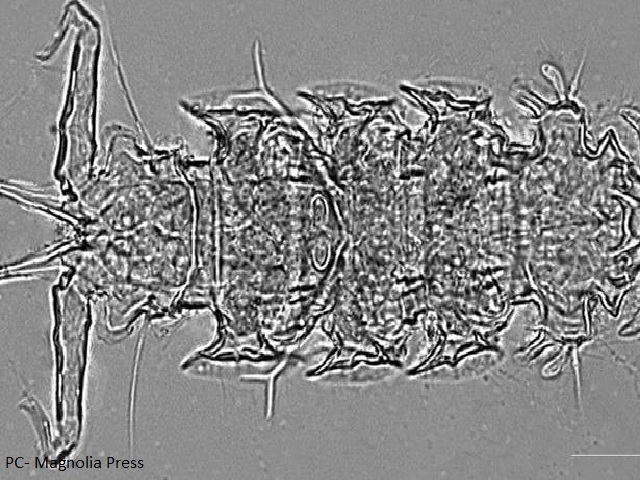 Researchers have discovered a new Tardigrade species of the genus Stygarctus, which they named after Kerala where it was found.

Tardigrades are so small that high-end microscopes are required to study them. Commonly called ‘moss piglets’ and ‘water bears’, they also rank among the hardiest animals on Earth despite their minuscule size.

The discovery is the result of an ongoing Ministry of Earth Sciences- National Center for Earth Science Studies study on the ecology and diversity of the submarine groundwater habitats of Kerala.

What makes the latest discovery significant?

According to the researchers, Stygarctus Keralensis- the new species- is the first taxonomically described marine tardigrade from the Indian water, which makes the latest discovery a significant one.

Stygarctus keralensis was discovered from Vadakara in North Kerala by a research team which consisted of Vishnudattam N.K., Jayachandran P.R., and S. Bijoy Nandan, Professor, Department of Marine Biology, Microbiology and Biochemistry, Cochin University of Science and Technology. J.G. Hansen, Copenhagen University, was also associated with the study.

Stygarctus keralensis is the eighth species named under the genus Stygarctus, which grows up to a length of 130 micrometers (0.13 mm).

Tardigrades employ a curious and interesting process to deal with environmental stress. It's called Cryptobiosis, it brings their metabolic activities to a reversible standstill which is a death-like state more or less.

According to Dr. Bijoy Nandan, Tardigrades are very tough animals and are found everywhere on Earth, from mountain tops to the deep sea. They have also survived five mass extinctions. They are related to spiders, insects, and crustaceans and are the lesser-known taxa of invertebrates.

While commenting on the latest discovery, Dr. Bijoy Nandan stated that globally scientific interest in tardigrades has grown, but in India, it is still in the developing stages. He added that there is a need for further explorations on tardigrade-meiofauna from India.