Sabarimala verdict: CJI Ranjan Gogoi along with Justices AM Khanwilkar and Indu Malhotra felt that the matter should be referred to a larger bench, Justices DY Chandrachud and RF Nariman dissented. 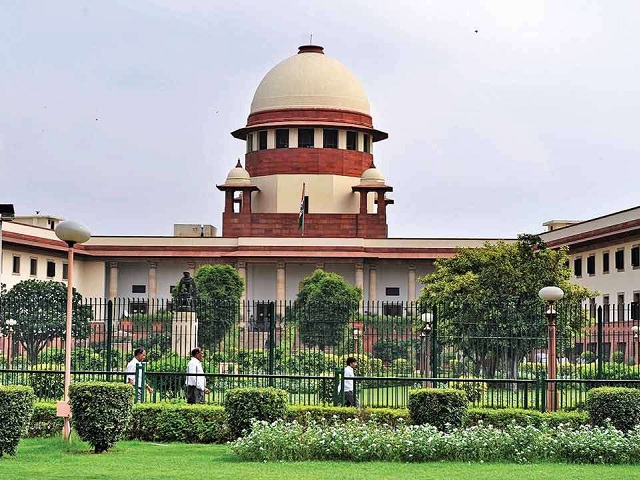 Sabarimala verdict: The Supreme Court has referred the review petitions against its previous judgement on the Sabarimala issue to a larger 7-judge bench. The apex court delivered the ruling by a 3:2 majority on November 14, 2019.

The CJI along with Justices AM Khanwilkar and Indu Malhotra felt that the matter should be referred to a larger bench, Justices DY Chandrachud and RF Nariman dissented saying that when a judgment is declared, it is final and binds all.

The Supreme Court, however, ruled out a stay on its September 28, 2018 judgement, which allowed entry of women of all ages into the Sabarimala temple.

The majority judgement was read out by CJI Ranjan Gogoi. All the three judges- CJI Ranjan Gogoi, Justice AM Khanwilkar and Indu Malhotra expressed the need to refer the matter of whether a court should interfere in religious matters to a larger bench.

The judgement tagged the review petitions in the Sabarimala issue with other similar issues, which have been referred to a larger bench. CJI Ranjan Gogoi stated that issues involving entry of Muslim women in mosques, right of parsi women who married outside their community to access religious places and the legality of female genital mutilation in Dawoodi Bohra community have been referred to a larger bench.

The CJI observed that the issue of whether a court should interfere in such religious issues needs serious examination.

The dissenting judgement was read out by Justice RF Nariman. The judge stated that the issues concerning Parsi and Muslim women were not heard before the Sabarimala constitution bench and so they cannot be tagged together.

Justice Nariman observed that the apex court’s September 2018 judgement was delivered on a petition that had raised the issue of ban on the entry of women aged between 10 and 50 years, based on their biological and physiological features.

Justice Nariman strongly condemned the violent agitations against the Supreme Court judgment, saying that while bonafide criticism of the court’s judgment is permissible, organized efforts to subvert the ruling cannot be allowed. Justice Nariman also stated that when a judgment is declared, it is final and it binds all.

The five-judge constitution bench of the Supreme Court had reserved its order on the Sabarimala review petitions after a full-day hearing on February 6, 2019.

The review petitions against the Supreme Court’s September 28, 2018 were filed by the Pandalam Royal Family, Travancore Devaswom Board and a group of devotees. The petitioners had argued that the religious practice at the temple was based on the deity’s celibate character.

The petitioners also argued saying that constitutional morality should not be applied in religious and faith matters, as religious beliefs cannot be tested on rationality.

The petitioners argued that the right to worship has to be exercised according to the nature of deity and the temple’s essential practice. The petitioners also pointed out that the judgement had erroneously attached the concept of untouchability with Sabarimala temple without properly understanding its historical context.