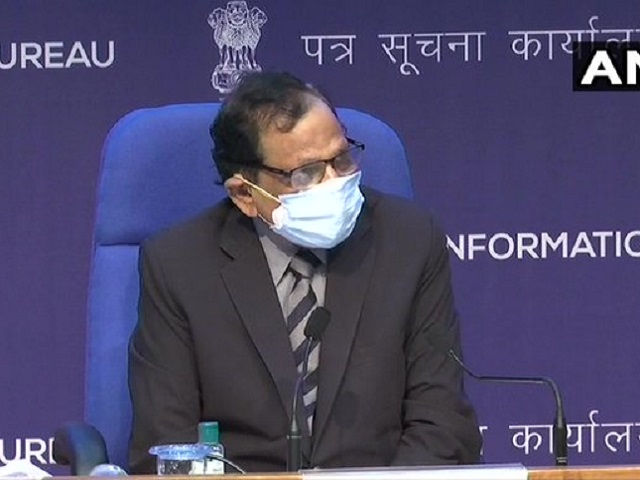 The possible third wave of COVID-19 in India is unlikely to disproportionately affect children than adults, revealed a seroprevalence study conducted by the World Health Organisation and the All India Institute of Medical Sciences.

Dr. VK Paul, Member-Health, Niti Aayog said during media briefing that the WHO-AIIMS survey shows seropositivity in persons below and above 18 years of age is almost equal.

Will children get affected in possible third wave of COVID-19?

According to Dr. VK Paul, the information from the survey shows that the children were infected but it was very mild. He stated that only isolated cases of infection may occur in children during the possible 3rd wave of COVID.

Luv Aggarwal, Joint Secretary, Health Ministry also stated during the media briefing that "it may not be true that children will be disproportionately affected in the third wave as the serosurvey shows seropositivity was almost equal in all age groups. But govt is not leaving any stone unturned in terms of preparations."

It may not be true that children will be disproportionately affected in the third wave as the serosurvey shows seropositivity was almost equal in all age groups. But govt is not leaving any stone unturned in terms of preparations: Luv Aggarwal, Joint Secretary, Health Ministry pic.twitter.com/Y69js31Cvf

The WHO-AIIMS seroprevalence study found that the SARS-CoV-2 seropositivity rate among children was high and comparable to the adult population.

The survey was conducted in five selected states with a total sample size of 10,000. The data of about 4,500 participants was taken for the results of the time of midterm analysis from four states of India. More results are likely to come in the next 2-3 months.

What did the study find?

• The study found that the resettlement colonies in South Delhi's urban areas that have a very congested population had a very high seroprevalence of 74.7 percent. In fact, the seroprevalence was the highest reported yet in any sero-assessment conducted so far.

• This was reported by Dr. Puneet Misra, Professor of Community Medicine at AIIMS, New Delhi, who led the survey.

• The study showed that children below the age of 18 years in South Delhi had as much seroprevalence (73.9 percent) as those above 18 years (74.8 percent) even before the second wave.

• The study noted that the areas in Delhi and NCR (Faridabad) may have higher seroprevalence after the intense second wave. These levels of seroprevalence may be protective against any 'Third wave', said Dr. Misra.

• He also noted that since children already have high seroprevalence in congested urban areas of Delhi, the opening of schools may not be a very risky proposition.

• The survey revealed that the NCR region of Faridabad (rural area) had a seroprevalence of 59.3 percent, almost equal in both age groups, during the second wave, which can be considered high compared to previous national surveys.

• Further, the study showed that Gorakhpur Rural has a very high seroprevalence of 87.9 percent with children between the age of 2-18 years having 80.6 percent seroprevalence and those above 18 years with 90.3 percent.

• These levels are likely to ward off the "third wave", the study noted.

• Overall, over half (62.3 percent) of the rural population surveyed showed evidence of past infection.

• The Agartala Rural site had the least seroprevalence (51.9 percent), which is probably because it also included some tribal population which generally have lower mobility resulting in lower vulnerability to COVID19 infection.

Niti Aayog Member, Dr, VK Paul further reiterated that studies show that chances of hospitalization are 75-80 percent less in vaccinated individuals. He said that the possibility of such individuals needing oxygen support is around 8 percent and the risk of ICU admission is only 6 percent in vaccinated persons.

Studies show that chances of hospitalization are 75-80% less in vaccinated individuals. The possibility of such individuals needing oxygen support is around 8% and the risk of ICU admission is only 6% in vaccinated persons: Dr VK Paul, Member-Health, Niti Aayog pic.twitter.com/RMmgNFOrAV