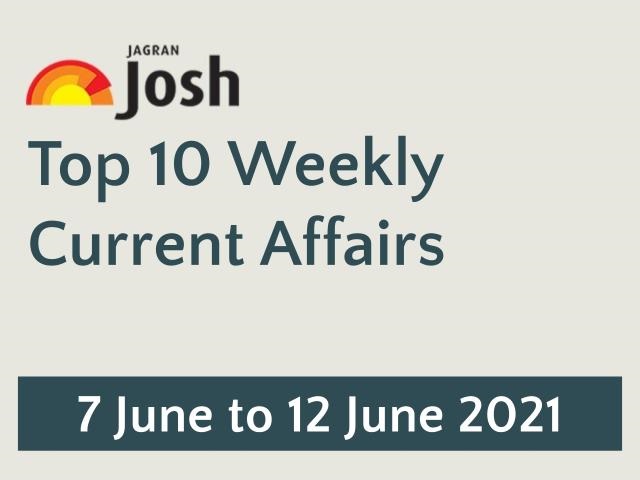 A new variant of COVID-19 found in India

A new variant of Coronavirus B.1.1.28.2 has been found in India. It has been detected by the National Institute of Virology, Pune through genome sequencing. The latest variant was isolated from the nasal and throat swabs from travelers coming from Brazil and South Africa.

The Income Tax Department has launched a new e-filing portal to provide a modern, smooth, and more convenient experience to the taxpayers of India. The portal has been integrated with quick refunds and immediate processing of IT returns.

Russia has signed a law that formalized the country’s exit from the Open Skies Treaty. The decision was announced after the US informed that it will not be rejoining the treaty. Russia had called the move by the US Government a political mistake.

Sunil Chhetri, the Captain of the Indian Football Team, has become the second-highest active international goal scorer. Chhetri achieved the milestone after he successfully overtook the star footballer Lionel Messi in the preliminary round match of the AFC Asian Cup and FIFA World Cup.

The fixed prices of Covishield, COVAXIN, and Sputnik V have been announced by the Center. The announced prices will be charged by the private hospitals across the country. Covishield and COVAXIN have been fixed at Rs. 780 and Rs. 1,410, while Sputnik will be available at Rs. 1,145 per dose.

The Health Ministry released the guidelines for the COVID-19 management in children. Under the latest guidelines, the Directorate General of Health Services has particularly asked to avoid the use of Steroids and Remdesivir for treating COVID in children.

Antonia Guterres voted as UN Secretary-General for the second term

Assam gets its 7th National Park

To connect Latin America and the US, Google will be building an undersea cable which will also be the world’s longest cable. It will further help in improving the access to different Google services in the South American Countries.