China has inaugurated its first fully electrified bullet train in the Himalayan region of Tibet, near the Indian border. 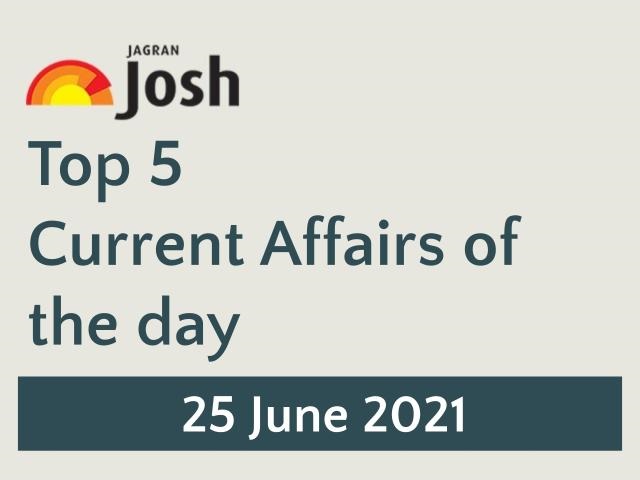 Israeli researchers have found bones belonging to a new type of early human. The latest discovery has shed new light on the science of human evolution. Nesher Ramla Homo- named after the place southeast of Tel Aviv- may have lived alongside Homo Sapiens for more than 1,00,000 years and may have also interbred.

How effective are the COVID-19 vaccines against Delta Plus?

The Indian Health Ministry declared the Delta Plus as the Variant of Concern and the cases of this new variant have been detected in three states so far. Delta Plus is the new variant that mutated from Delta Variant. As the vaccines are already being administered in the country, read more to know about how effective they are against Delta Plus.

The Union Cabinet gave its approval to the merger of the Central Railside Warehouse Company with its holding enterprise Central Warehousing Corporation. The decision has been taken to unify the similar functions of both the companies for improving efficiency and reduce expenditure.

What is indemnity? Why vaccine makers are demanding it?

Indian Government is very close to grant indemnity to foreign Coronavirus vaccine makers such as Moderna and Pfizer. An indemnity is a comprehensive form of insurance compensation for damage or loss. The makers seek indemnity so that they can get legal protection.

China inaugurated its first fully electrified bullet train in the Himalayan region of Tibet. It connects provincial capital Lhasa and Nyingchi, a town close to Arunachal Pradesh. The train near the Indian border will certainly give a strategic advantage to the Chinese Government in case of a conflict between the two countries.