India is a land of great tourism potential. From Kashmir to Kanyakumari, from Arunachal Pradesh to Gujarat, every region has its own uniqueness and flavour - be it cold/hot desert (Ladakh/Rajasthan), rivers (Ganges and Brahmaputra), forests (Niligiri & North East), islands (Andaman and Nicorbar) each landform bound to mesmerize tourists. Moreover, the wide variety in the landscape offers a range of choices to tourists from within India and the abroad. 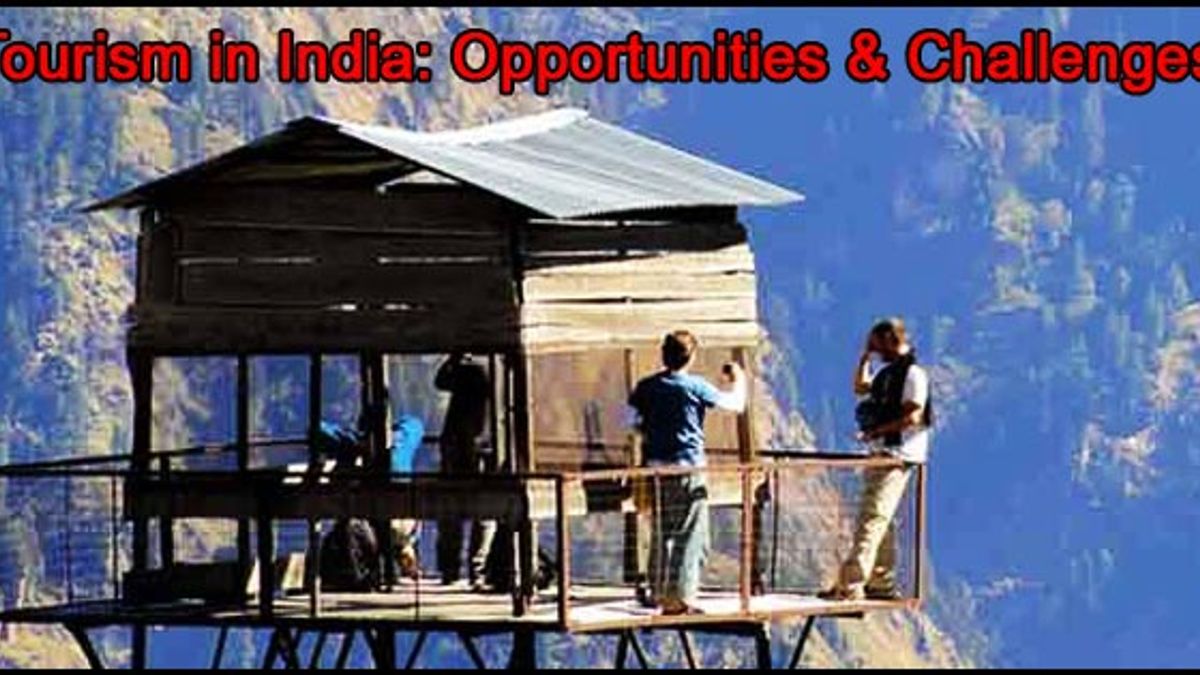 In October 2017, the Union Ministry of Tourism in collaboration with other central ministries, state governments and stakeholders successfully organized ”Paryatan Parv” across the country. The 21 day program was organized with the objective of drawing focus on the benefits of tourism, showcasing the cultural diversity of the country and reinforcing the principle of “Tourism for All”. Previously, in September 2017, in his Mann Ki Baat address, the Prime Minister Narendra Modi called upon the citizens to travel within India and promote domestic tourism in a big way. These two incidents cannot be seen in isolation, and in fact, indicate the government’s seriousness and a comprehensive approach to promote tourism as a key driver of development.

It is against this backdrop, it is pertinent to understand the status of India’s current tourism sector, opportunities for India and challenges in realizing the potential.

• The government has been promoting niche tourism products to promote India as a 365 days destination that include cruise, adventure, medical, wellness, golf, polo, etc.

• As a result of these efforts, India could improve its position by 12 places in the Travel and Tourism Competitiveness Index 2017. In the biennial index prepared by the World Economic Forum (WEF), India was placed at the 40th position among the 136 countries surveyed.

Opportunities for India in the tourism sector are –

Scenic beauty: India is a land of great tourism potential. From Kashmir to Kanyakumari, from Arunachal Pradesh to Gujarat, every region has its own uniqueness and flavour - be it cold/hot desert (Ladakh/Rajasthan), rivers (Ganges and Brahmaputra), forests (Niligiri & North East), islands (Andaman and Nicorbar) each landform bound to mesmerize tourists. Moreover, the wide variety in the landscape offers a range of choices to tourists from within India and the abroad. Apart from the natural landscapes, the cultural heritage spread across the country also offers huge potential for the development of tourism in the country.

Birthplace of Religions: India is the birthplace of three religions – Hinduism, Buddhism and Jainism. The vast landscape has innumerable sacred and religious tourist places which are bound to attract tourists from across the South East and East Asian countries. The full potential of Dilwara Jain temples in the West, Buddhist sites in the East and North East and famous Hindu temples in the South have not been explored so far.

Domestic Tourists: India is the second most populous country in the world with over 1.25 billion populations. In other words, they offer a minimum of potential 1.25 billion tourist visits if the right policies and the infrastructure are in place. Taking a cue from the Mann Ki Baath of Modi, the policy makers should look ‘inward’ and come up with appropriate strategies to tap the domestic tourist potential.

Despite the above mentioned attractions that India offers for tourists, the path to a well developed tourism is beset with a  number of challenges. Some of them are –

Lack of Infrastructure: It is a major challenge for the Indian tourism sector. Tourism-associated economic and social infrastructure – hotels, connectivity, human resources, hygiene, health facilities, etc are largely under developed in India. The poor quality of infrastructure is reflected in India’s 112nd rank in the ICT readiness component and 104th rank in the health and hygiene components of the WEF’s Travel and Tourism Competitiveness Index 2017. The prime reason for this apathy is the poor allocation of financial resources. It should be noted that in the Budget 2017-18, the government has allocated only Rs 1840 crore for a promising sector like tourism.

Despite the recent growth of the tourism sector in the country, India’s share in international tourist arrivals is a meager 0.50%, while the share in the global international tourism receipts is around 1.30% only. Tourism not only creates jobs in the tertiary sector, it also encourages growth in the primary and secondary sectors of industry. Hence, it is high time, the government should encourage the participation of the private sector in a big way for the all round development of the tourism sector that has the potential to act as the key driver of inclusive growth.