President of United States, Donald Trump has issued a new executive order, ending the 120-day temporary ban imposed on the US refugee programme. The administration has however called for an additional 90-day review of the program for 11 countries identified as “high risk”, most of which are situated in the Middle East and Africa. 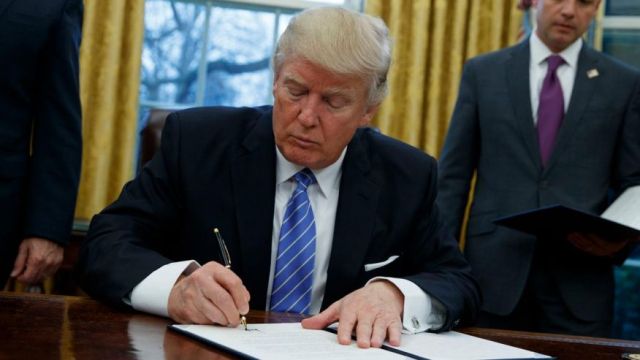 The administration has however called for an additional 90-day review of the program for 11 countries identified as “high risk”, most of which are situated in the Middle East and Africa.The additonal review time is being taken to determine what additional safeguards, if any, are necessary to ensure the security and welfare of the United States.

The president had previously suspended the processing of all refugees to the US for a period of 120 days as part of a previous executive order, which was issued along with the travel ban on several Muslim-majority countries.

According to the Department of Homeland Security, however, individuals from the high risk nations will be considered for resettlement in the US on a case-by-case basis, only if they are determined to be in the US national interest and don't pose a security threat.

Applicants from other countries would not be required to prove they are in the national interest of the US.

Besides this, the Trump administration would also be temporarily holding off a programme that allows family reunification for some refugees already resettled in the United States. The resettling process for the same is expected to resume once screening enhancements have been implemented.

Donald Trump took to office in January 2017. His orders- temporary ban on refugees and travel ban on several Muslim Majority nations- live true to the promises he made during the Presidential election campaign, the goal of keeping ‘America First’.

These restrictions along with the travel bans have been criticised as being policies aimed at barring Muslims from entering the United States.

Nicaragua signs Paris Climate Agreement, leaving the US and Syria behind