As 2019 general election in India is inching closer, Twitter is also tightening it's seat belt for mega political maha kumbh. In this regard, Twitter’s Global Policy head Colin Crowell and India Policy head Mahima Kaul talk about the twitter policies in India.

As 2019 general election in India is inching closer, Twitter is also tightening it's seat belt for mega political maha kumbh. In this regard, Twitter’s Global Policy head Colin Crowell and India Policy head Mahima Kaul talk about the twitter policies in India.

Colin Crowell, Twitter’s Vice-President, Global Policy, who was in India to inaugurate “'Web- Wonder Women' campaign”, and Twitter India Policy Head Mahima Kaul had a chat with us on various topics including Twitter Chaupal, Power Of 18, Ads Transparency Center and much more. 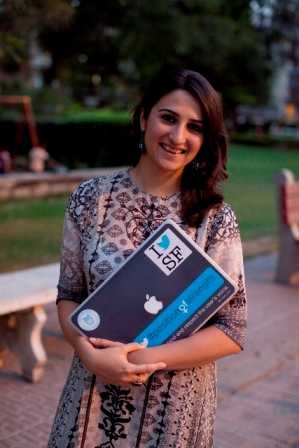 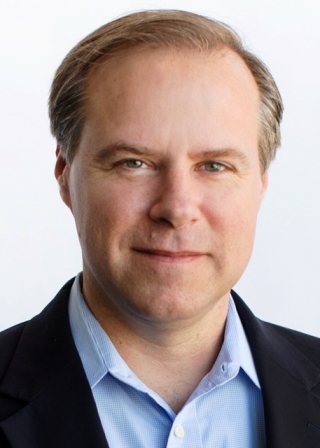 We engaged in a Q & A session with both of them:

Q: Twitter never shies away from modifying itself, be it twitter moments, twitter news or live notifications which make it a more engaging platform, what is the next big thing in line?

Colin: I have been with Twitter for over 7 years and when I joined twitter, it was 140 characters, and if you click on the link, it would take you somewhere else. And today we are 280 characters and our media rich with photos, videos, and also with the ability to go live and broadcast it right from the phone is outstanding. The integration of media rich experience with the textual components of twitter is something that we want to make sure that people experience.
Certainly in the election context, we will try to particularly enhance the live and video component. Video component will defiantly be developed further and we will see more and more of it in coming times.

Another big thing is Twitter Chaupal which is aimed at serving the public conversation in view of the upcoming General Elections. This gives you the leverage to be virtually present at an event.

There is another initiative called ‘Power of 18’. This particular initiative aims at encouraging the youth of India to contribute to public debate and participate in civic engagement in the upcoming election season.

Q: Can you share statistics on the user base of twitter in India, is it limited to the urban audiences or has it reached the rural India as well?

Colin: Looking at last few years and comparing last election cycles, the user base has boomed due to boom in the technology. The nature of twitter user has shifted in India. The real growth is in the regional languages. If you see the Twitter yearender, you see that the top 6 out of top 10 hashtags were infect in regional languages. We certainly see the regional languages on the platform. We see a difference in the conversational style of the people on twitter. People are more vocal now even in Indic languages.

As far as engaging more regional audiences in concerned, part of it will come with our engagement with regional politicians. That’s the outreach we are doing.
Mahima: Twitter is already available in many languages and it is in growing phase and we will do better things on that front soon.

Q: You think TwitterSeva was able to achieve its motive in India? Which government department is most active on this platform?

Mahima: Twitter seva was based on a simple logic; can Twitter be used as a grievance redressal platform by Govt? Any department that can engage in direct communication with the citizens is open to be a part of Twitterseva. All the departments did well but Sushma Swaraj topped it all. UP police has also been very active there.

Q: With Twitter becoming an important part of cultural discourse in India, the microblogging site has emerged as a platform for sharing misinformation, polarised messages and fake news. What is your strategy to bring it under control?

Twitter’s  biggest strength is that it is an open platform and being open means people can interact. We are also aware that the openness can be misused to manipulate facts and information by bad faith actors.

One of the things we have been doing is, understanding that people use social media apps in different ways. And there is a pattern in which people try to manipulate facts. Most of the time it is done by automation or BOTs or bot accounts. We are investing in technology to identify such accounts. Twitter publishes some 500 million tweets in a day. That is 1 billion tweets every 2 days. It is a significant amount of content. So, to address it at scale, we have to invest in technology to help us do that. The technology is already bringing us results. We are challenging some 10 million accounts per week on twitter to assess whether they are automated or otherwise.

Q: What is your learning from the elections in major countries world-wide that you can implement during Indian elections to make Twitter a more reliable and credible platform for the users?

What we have learnt is to have very close working relationship with the official election authorities and giving people an open platform of communication. We are planning on working closely with the Election Commission of India.

But what we are implementing in India that we did not implement anywhere else is Ads Transparency Center. Here we are going to provide more information about the political ads. We will indicate it on the ad that this ad is sponsored. by clicking on the logo you would know who paid for the advertisement,  and how much money is spent on the advertisement.

Q: Trolling has become massive in past years and the damage is insane. What is Twitter’s strategy to deal with trollers?

Over the last 2 years, we have made safely our company’s top priority. Over the last 2 years, we have instituted 30 different policies and product changes around safely. There are ways how users can manage their accounts with filters to stay safe.  We work very closely with safety groups, there are many initiatives that we took to train women. We want people to feel safe while they use the platform.

Mahima: The app has many more setting how you can stay safe by using filters. Today, we are taking action against accounts 10 times more than what we were doing a year ago.