Shuggie Bain centers around a boy nicknamed Shuggie, who struggles with being gay and his mother's alcohol addiction. 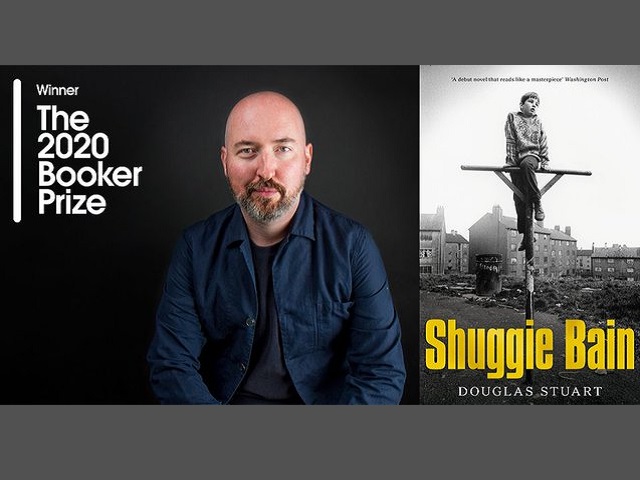 Booker Prize 2020: British writer Douglas Stuart has won the UK's Booker Prize for his debut novel Shuggie Bain. The autobiographical novel was one of four debut books in this year’s shortlist.

The UK Booker Prize winner was announced at a live-streamed ceremony in London on November 19, 2020 that saw participation by Camilla, the Duchess of Cornwall and former US President Barack Obama.

"As long as we can read, we can travel, we can escape, we can explore, we can laugh, we can cry and we can grapple with life’s mysteries."

The Duchess of Cornwall recorded a message for tonight's #2020BookerPrize winner ceremony. pic.twitter.com/7w4yWoxpaG

— The Prince of Wales and The Duchess of Cornwall (@ClarenceHouse) November 19, 2020

One of the judges on the judging panel, Margaret Busby said that Shuggie Bain was destined to be a classic. She called it an intimate, gripping and daring read. The novel is about a lonely gay son of an alcoholic mother coming of age in 1980s Glasgow, Scotland.

Douglas Stuart was the only British author on the US-dominated list of six finalists of Booker Prize 2020. One Indian-origin American author also featured in the list.

The winner of The 2020 Booker Prize is @Doug_D_Stuart with his debut novel, Shuggie Bain! Follow the link to hear the winner interview now: https://t.co/T5QkjZPnYb #2020BookerPrize @picadorbooks @panmacmillan pic.twitter.com/aWgQkwyBMe

Following were the other five shortlisted titles:

1. Burnt Sugar by Avni Doshi (published in India as Girl In White Cotton)

2. The New Wilderness by Diane Cook

3. This Mournable Body by Tsitsi Dangarembga

4. The Shadow King by Maaza Mengiste

Among all these authors, Maaza Mengiste and Tsitsi Dangarembga are the only two established authors, rest four are debut novelists.

T H A N K Y O U. I am so grateful to @thebookerprizes and the judges for selecting Shuggie Bain as the 2020 Booker winner. It's difficult to express what this honour means in a tweet. So I'm googling skywriters, and I'll let youse know when to look up. https://t.co/IWjgYJ1xmc

How were the books shortlisted?

The judges' panel read around 162 books, many of them conveying important, sometimes uncannily similar and prescient messages. Jointly, the judges shortlisted six titles for Booker Prize 2020 based on the characters that resonated with them the most. The UK Booker prize is open to all English-language novels from around the world.

The UK Booker Prize 2019 was conferred jointly to Margaret Atwood for The Testaments and Bernardine Evaristo for Girl, Woman, Other.